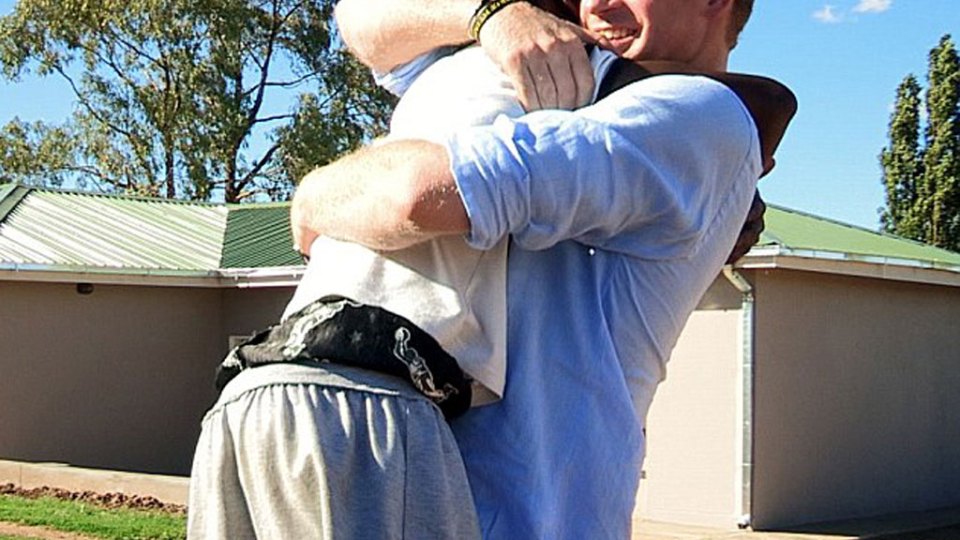 Images of Prince Harry enjoying an emotional reunion with an African orphan he first met during his gap year over a decade ago have been released.

The meeting was filmed for the documentary, Prince Harry in Africa, on November 15.

Prince Harry gifted orphan Mutsu a pair of gumboots when they first met in 2004, and the pair stayed in touch via letters.

The images of the meeting show Prince Harry smiling widely as he lifts Mutsu off the ground in an embrace.

The younger prince, who recently criticised the global media for its “racist” treatment of new girlfriend Meghan Markle, told the ITV filmmakers that Africa had provided an escape for him from the pressures of royal life.

“I think anybody that I’ve spoken to who has been to Africa, most of the people get it, and Africa gets them,” he said.

“For me personally, it’s an escape. And now not only have I found that escape, but I’ve found a way to try and use the name and the position for good.”

Prince Harry founded the charity, Sentebale, along with Prince Seesio of Lesotho in 2006, to improve the lives of those affected by AIDs and HIV in the African nation.

In the documentary, the prince revealed his interest in charity work is inherited from his late mother, Princess Diana, and a desire to make her “proud”.

“My mother stood for something. There’s a lot of unfinished business and a lot of work that my mother never completed,” he said.

The film will premiere on Monday (local time) in England.