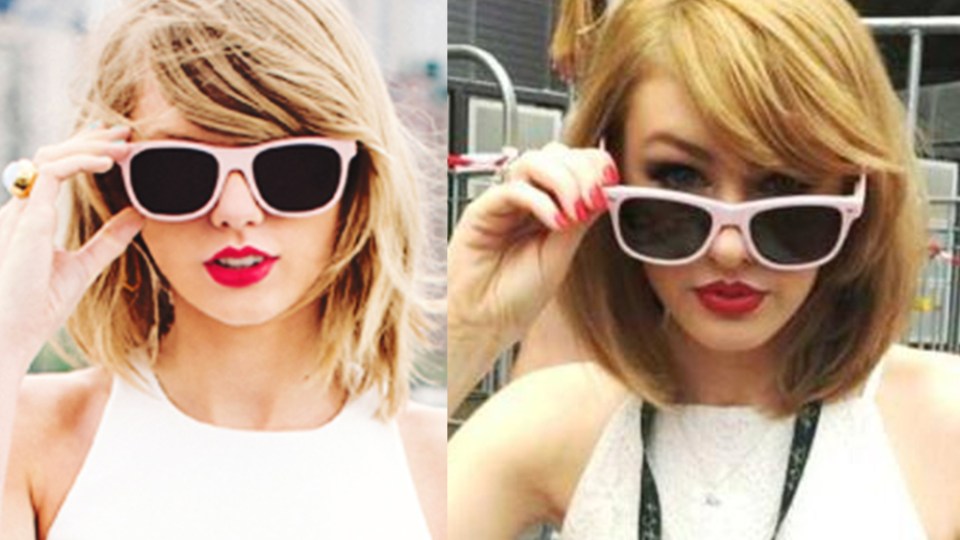 What would you do if you looked exactly like the woman who recently became the world’s highest-earning celebrity? Forge your own path, or capitalise on the similarities?

New South Wales-born Olivia Sturgiss, 20, has found herself on the horns of this exact dilemma: she looks like Taylor Swift, down to her height, bone structure and clothing measurements.

When Sturgiss combines her God-given gifts with some of Swift’s trademark trappings – winged eyeliner, red lipstick, sweeping blonde bangs – the similarity is uncanny.

“A majority of people will maybe just do a double-take,” Sturgiss told The New Daily of the reactions she gets on the street.

“There will always be at least one person who’ll say, ‘Excuse me but you look like Taylor Swift’.”

“Not a day goes by where I don’t hear Taylor Swift’s name, so it’s lucky I admire her so much otherwise this could be the curse of my life.”

Had some fun in the city today… Tune into @kyleandjackieo on 106.5 kiisFM tomorrow morning at 8.30am to find out what I got up to! #kyleandjackieo #kiisfm #sydney #taylorswift #lovemyjob 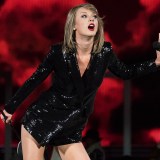 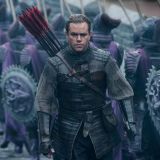 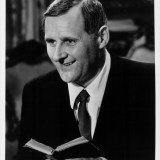 Although Sturgiss attempts to differentiate herself from Swift by using the Instagram name “Olivia_Oblivious” and the hashtag “#NoItsLiv”, distinguishing her from the real thing proves difficult.

Sturgiss currently has an Instagram following of 46,800. This year, she’s done work for V Energy Drink and Sara Lee, as well as made appearances on the Kyle & Jackie O show at KIIS FM, Scoopla at 2dayFM, Sunrise and The Project.

For KIIS FM, she took to the streets of Sydney with an overbearing bodyguard to see how many people she could fool. A lot, apparently. Numerous people wanted selfies with Sturgiss, including a couple in the middle of their wedding day.

Another gentleman swiftly vacated his table at a cafe after being told “Ms Swift” would like to sit there.

The bodyguard stole the show and framed Sturgiss’ work in a cultural context that is all too familiar: images of Kim Kardashian loyally accompanied by her ex-bodyguard Pascal Duvier and Justin Bieber fending off fan selfies abound.

But it’s not all gushing fans and winged eyeliner. Sturgiss has spent the year grappling with the complexities of who she is in relation to the teen idol that she has spent so many years admiring.

“I’m very aware of what people may think of me and how I’m perceived but I know who I am as an individual, and that this is just a job,” Sturgiss said.

Just last year, she was a brunette working as a supermarket checkout chick. Even then, customers were frequently telling her that she looked like Swift when the star donned a brown wig in her Wildest Dreams music video clip.

In April, Sturgiss claimed that she would never take up imitating Swift professionally.

“I’m aware that it could make me money but I’m too much of a fan to actually take it up as a full-time job sort of thing,” she told Daily Mail.

Obviously, the tide changed. Or, at the very least, it got confusing.

Last December, Sturgiss and her friend met Swift at her Melbourne concert, and after Sturgiss posted an image of the encounter to her Instagram account, the media spun into a frenzy.

Fast forward and the Wollongong-based blonde is part of the lucrative impersonator business.

“I started to get offers coming in for big campaigns and it was around the time I was moving area anyway so I quit my retail job, moved to Wollongong and haven’t had a need to get a ‘regular’ job since,” Sturgiss said.

“Plus, if I did need to get a day job, this whole lookalike thing makes it impossible to apply for a job without being recognised.”

Celebrity publicist Max Markson told The New Daily that Sturgiss could make a minimum of $2000 for each appearance as Swift.

When you teach Bono and Tom Cruise how to selfie… #prepareforspam

Yet being 20 years old and looking like the superstar of the day is both a blessing and a curse.

Sturgiss has dreams of singing and modelling and acting in her own right, but where does Taylor end and Olivia begin?

“I have a way I act when I’m in character, it’s a lot more graceful than my actual self (who is a total dag),” Sturgiss said.

“I’m very different to Taylor in a lot of ways but also naturally similar in others.

“When I’m not doing a job, I never pretend to anyone but myself, everyone else is taken.”

Meanwhile, the up-keep required to stay in character is immense.

“I’m naturally a brunette so I have to dye my hair blonde every couple of weeks and keep it trimmed to shoulder length and I have to fake-tan especially right before a job or shoot because I have that pasty Scottish/Irish heritage,” Sturgiss explained.

Apparently it's #nationallookalikeday so I figured I'd be a dick and post this really dorky selfie from December. I don't see it much tbh but ¯_(ツ)_/¯. PS: I'm NOT bleaching my hair.

The similarities don’t end there. The mothers of both Sturgiss and Swift were diagnosed with cancer during the same week in 2015.

Sturgiss’ mother Kathleen passed away in October, but not before Swift made a comment on her daughter’s Tumblr, saying, “Wow you look like me”.

Before her death, Sturgiss’ mother made her daughter promise she would meet Swift one day. In light of that, it seems that Sturgiss has gone above and beyond her call of duty.