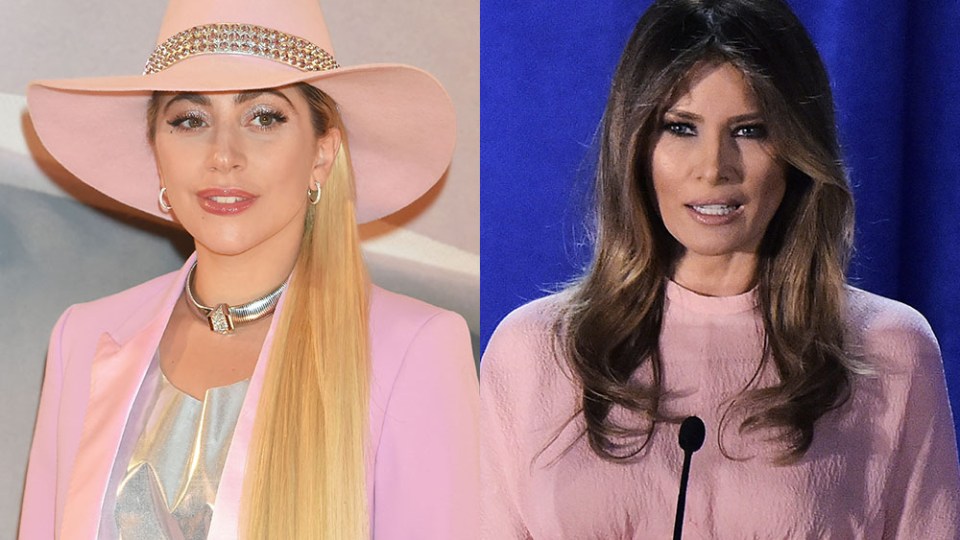 Music icon Lady Gaga is the latest American celebrity to weigh in on the presidential election, accusing candidate Donald Trump’s wife of being a hypocrite for her anti-bullying stance.

Lady Gaga, whose real name is Stefani Germanotta, took aim at Melania Trump on Twitter after the First Lady hopeful delivered a speech last week vowing to fight cyber bullying if her husband is elected.

“[T]o say u will stand for “anti-bullying” is hypocrisy,” Lady Gaga, who has changed her name on Twitter to “#VoteHillary”, tweeted at Ms Trump.

“Your husband is 1 of the most notorious bullies we have ever witnessed.”

.@MELANIATRUMP to say u will stand for "anti-bullying" is hypocrisy. Your husband is 1 of the most notorious bullies we have ever witnessed.

Lady Gaga went on to urge her 64.3 million Twitter followers to vote for Ms Clinton and “stop this dangerous man from continuing to divide and wreck our democracy”.

Ms Clinton has a number of major supporters in the music industry, including Katy Perry, Cher, Cyndi Lauper and Snoop Dogg.

Young people listen up. We need to mobilize now, #VoteHillary and stop this dangerous man from continuing to divide and wreck our democracy. pic.twitter.com/9pXqsxdzpT

During a November 4 rally in Cleveland, Ohio, music power couple Jay Z and Beyonce threw their support behind Ms Clinton.

“This other guy, I don’t have any ill will … he cannot be my president,” Jay Z said of Mr Trump.

“He cannot be our president. Once you divide us, you weaken us. We are stronger together.”