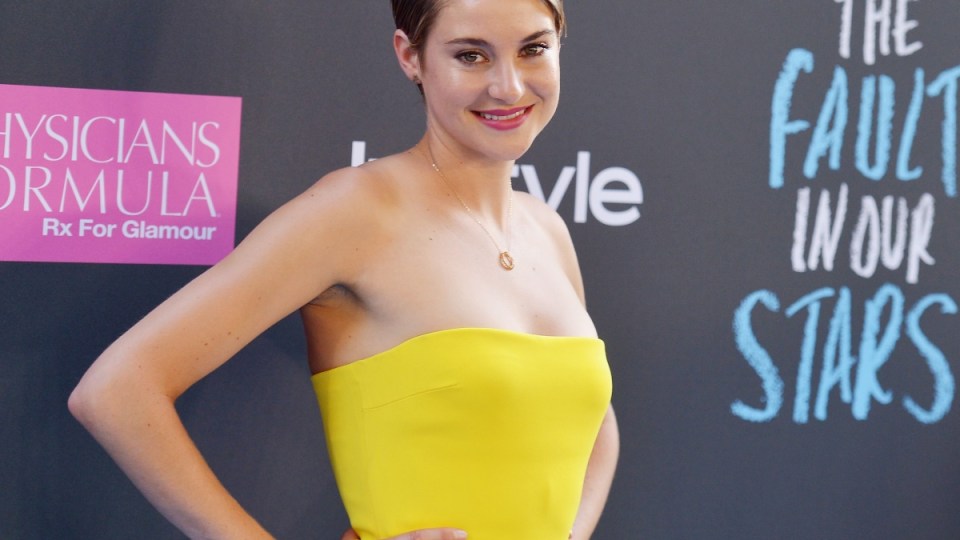 Actress Shailene Woodley was led away by police during a peaceful protest. Photo: Getty

More than 40,000 people have watched actress Shailene Woodley being arrested for trespassing after peacefully protesting the construction of a oil pipeline in North Dakota, United States.

Woodley, the star of the Divergent film franchise, was broadcasting the protest to her Facebook followers via a live video when she was approached by policemen on Tuesday.

Woodley and more than 100 people were peacefully protesting the construction of the Dakota Access Pipeline, a controversial project that will cut across the ancestral lands of the Standing Rock Sioux tribe, threatening their main water source.

On her way back to their motor home, Woodley, 24, and her mother noticed it was surrounded by large armoured vehicles and heavily armed police personnel.

“I was just told that the cops are following me. Send some prayers,” Woodley told her followers.

The actress then handed the phone to her mother so she continue broadcasting. 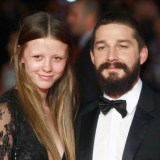 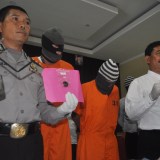 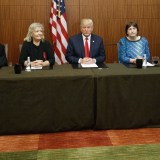 “I was just walking back to my RV so we can go back to camp peacefully,” Woodley explained.

“[T]hey grabbed me by my jacket and said that I wasn’t allowed to continue and they have giant guns and batons and zip ties and they’re not letting me go.”

“Record this,” Woodley told her mother as she was approached by heavily armed policemen.

Woodley was then approached by a policeman who informed her she had been “identified” and would thus be arrested for trespassing.

“As soon as you guys asked me to leave I left. I was down there with everyone else! It’s because I have 40,000 people watching.”

Woodley’s mother continued to film as her daughter was led away by police.

The video has since amassed more than two million views on Facebook and has generated outrage amongst Woodley’s fans.

Woodley’s famous friends have also come out in support of her and her cause, including actors Mark Ruffalo, Maggie Q and Ansel Elgort.

I stand with @shailenewoodley for standing with the Standing Rock Water Protectors. #NoDAPL https://t.co/BqIbfApUCI

You can arrest someone but you CANNOT silence them… https://t.co/hGvzmiYArD

SHAI WAS ARRESTED TODAY for protesting the North Dakota Pipeline. Read about what she was protesting here💔 https://t.co/wCuQaaYRmJ

Woodley has since been released and her mugshot has surfaced online.

Her representative told E! News: “She appreciates the outpouring of support, not only for her, but more importantly, for the continued fight against the construction of the Dakota Access Pipeline.”

Woodley, whose first major film role was alongside George Clooney in the 2011 film The Descendants, has been outspoken about the pipeline across the last few months in support of the Native American people whose lives will be most affected by its construction.

During an appearance on Late Night with Seth Meyers alongside former Democratic presidential candidate Bernie Sanders, Woodley called on Hillary Clinton to take action on the issue.

‘Is it because I’m famous?’: Shailene Woodley arrested live on Facebook