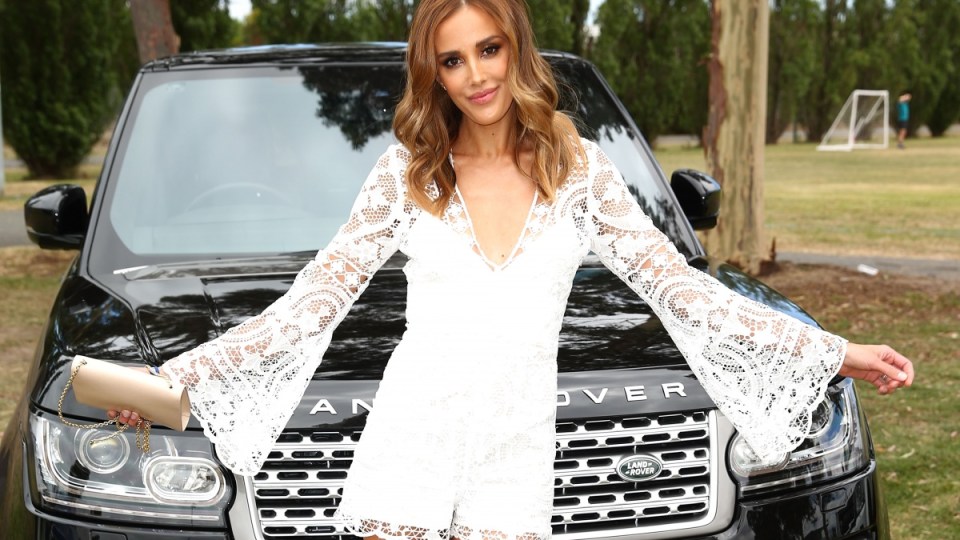 Rebecca Judd's many fans are obsessed with her home, style, family and weight. Photo: Getty

As glamorous WAGs descended on Crown Casino this week for the Brownlow Medal, one couldn’t help but notice the absence of Rebecca Judd, wife of former Brownlow medallist Chris Judd and the event’s sartorial trailblazer.

But thankfully the stylish speech pathologist-turned-brand ambassador still managed to make headlines this week, but for an entirely different reason.

Judd, 33, skipped the Brownlow this year to give birth to twin boys, Darcy and Tom, on Thursday.

News of their birth immediately became a trending topic on social media alongside news the planet’s carbon atmospheric levels had hit record levels.

Heehee- they are definitely boys. Darcy on the left, Tom on the right.

So why all the fuss over a Melbourne mum of four? 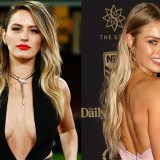 Dally M vs Brownlow: Who wins the style showdown? 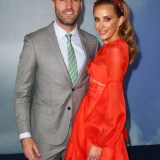 It all started with a red dress from Perth designer Ruth Tarvydas, which Judd (nee Twigley) wore to the 2004 Brownlow Medal alongside her then-boyfriend, West Coast footballer Chris Judd.

With a neckline that dipped below her belly button, a scooped back that skimmed her derriere and a leg split up the middle of the dress, Judd’s gown was all anyone could talk about the next morning.

She very nearly outshone her boyfriend, who took home the coveted accolade that year.

While Judd has since said she’d never wear anything that daring again, she has a plenty of reasons to thank that dress.

Fast forward 12 years later and Judd has graduated from model and WAG to bona fide businesswoman.

That dress quickly earned her a gig as a face of Myer, which attracted other big-name brands like Landrover and Jaguar, property developer R Corporation, home wares store Adair and jewellery brand Paul Bram – all of which Judd represents.

The Judds moved to Melbourne in 2008 when Chris switched to AFL club Carlton and their glamorous 2010 nuptials – ‘Rebecca Judd wedding’ is still a suggested search term on Google – cemented her status as hot property.

While Judd is a trained speech pathologist, a lucrative multi-year contract with Channel Nine as the weather presenter on the weeknight news and the host of travel show Postcards is now how she is better known.

Judd’s influence has managed to extend beyond footy-mad Melbourne thanks to her outspoken stance on body image.

The slender former model cops plenty of flak for “not eating”, criticism she has chosen to respond to selectively but effectively.

19 weeks with twins- feeling the same size as around the 26 week mark with my singleton pregnancies. This mummy tummy is going to get HUGE 😂

In 2014, she was described as “shockingly thin” when she shared a photo of herself in a bikini. Ensuing news articles documented incremental changes in her appearance to such a degree that Judd herself was forced to comment.

“It’s ironic because I’ve seen some of these women [her television peers] pre-work event, starving themselves, exercising obsessively and stressing about being ‘too fat’,” she said in a blog post titled OMG do you eat?.

“In contrast, I’ll have my breakfast croissant with jam and cream and a strong latte (full cream milk thanks) yet I’m supposedly the one with the eating disorder? Ok then.

“Remember, being thin is a body type not an illness,” she concluded.

Part of Judd’s appeal is she’s willing to open her life up to her loyal followers with very few exceptions – even her morning makeup routine and her kids’ nightly dinners are up for grabs.

Whilst her combined 657,000 social media followers are usually full of praise, the occasional criticisms are inevitable.

Most recently, Judd was accused of taking her lavish life for granted when she posted a video of her older children, Oscar and Billie, playing in her couture Logies gown with the family cat.

The busy mum is quick to brush off the backlash and move onto the next thing – her latest project is the $1.2 million beachside fixer-upper she and Chris recently purchased on Victoria’s exclusive Mornington Peninsula.

In keeping with her love of sharing, the extensive makeover will be the subject of her self-produced renovation series The Style School. Their family home in Brighton has already been featured in the series – of course.

“I will document the entire process via filmed and photographically captured ‘room by room’ reveals as part of The Style School season four, so my followers can watch the transformation of the property and then have direct access to the suppliers I use,” Judd told Domain.

“There will be a ‘shop the look’ function on my website for every single item and feature in the house so my followers can click and be taken directly to the item or the contact details of the supplier and tradesperson.”

It’s an empire few could have predicted would be built by that wide-eyed 21-year-old in the skimpy dress.

How Rebecca Judd turned a skimpy dress into an empire