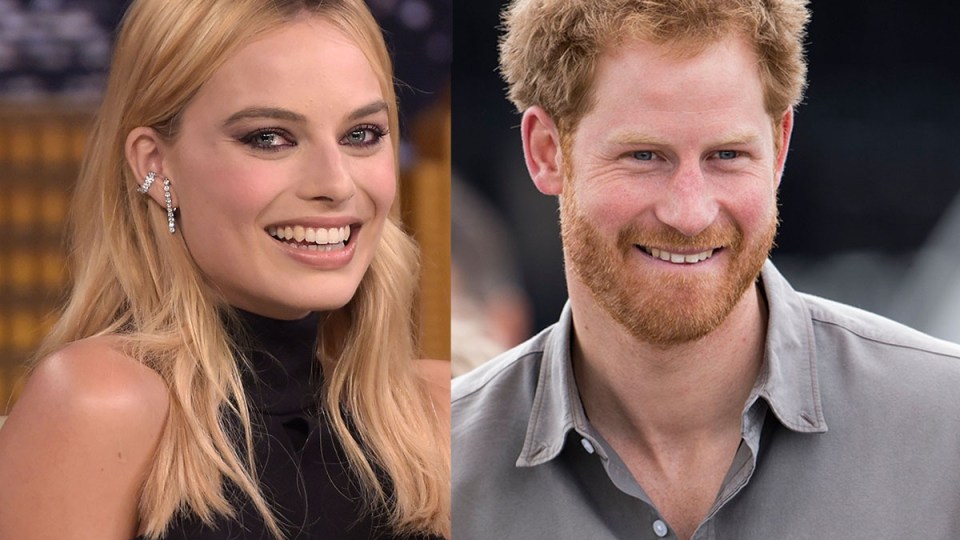 While the rest of us text message family, friends and sometimes colleagues, Australian actress Margot Robbie is texting the royal family.

In promotional interviews for Robbie’s new film, Suicide Squad, this week, a popular topic of discussion was the 26-year-old’s friendship with Prince Harry.

In an interview with Extra, Robbie was questioned about rumours she and the British royal — fifth in line to the throne— exchanged text messages.

“Did he answer?” Penacoli continued.

“Yeah … he’s pretty quick on the text actually,” Robbie responded, before her Suicide Squad co-star Will Smith interjected: “Unlike Margot!”

Unsurprisingly, Robbie was unwilling to share the coveted number with anyone.

“Can I have Prince Harry’s phone number?” E! Entertainment host Marc Malkin asked on the red carpet of the Suicide Squad world premiere in New York.

“You cannot. I have my phone under lock and key, kept very safe,” Robbie said.

The Queensland-born actress revealed she met the 31-year-old royal through mutual friend Cara Delevingne, who also stars in Suicide Squad.

“He’s friends with Cara, they’ve known each other for years, and we met through friends,” she explained.

“How amazing, you know the royal family,” Malkin said.

Unfortunately for fans of the pairing, there’s no hope of a romance between the actress and the Prince – Robbie has been dating British assistant director Tom Ackerley since 2013.