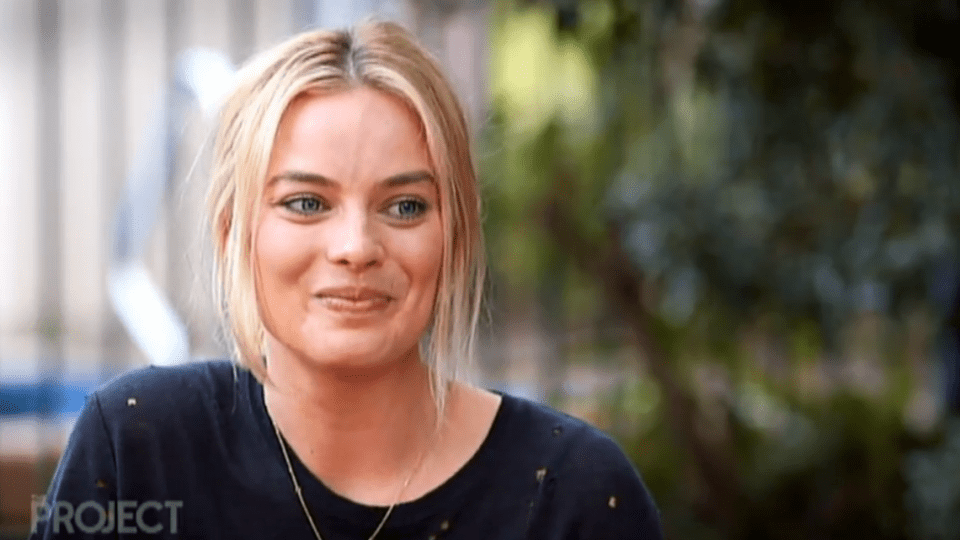 In an interview on Monday night’s episode of The Project, Robbie told host Carrie Bickmore the interview with Cohen felt “really odd”.

“I remember thinking that was a really odd interview, I don’t know how that’s going to come out,” Robbie said in the interview, conducted at her family home on the Gold Coast.

“And then when I read it I was like, ‘Yeah, the tone of this is really weird’. Like, I don’t really know what he’s trying to get at,” she said.

The interview, which appeared on the cover of Vanity Fair‘s August 2016 issue, incited uproar in Robbie’s home country, where many felt Cohen’s description of Australians as “throwback people” was insulting.

Cohen’s description of Robbie’s physical appearance was also criticised for being “creepy”, “sexist” and “weird”.

“She is blonde but dark at the roots,” Cohen wrote. “She is tall but only with the help of certain shoes. She can be sexy and composed even while naked but only in character.”

Robbie admitted she didn’t anticipate the reaction to the interview, which was so great Cohen was forced to issue a statement addressing the backlash, saying he was “mostly joking”.

“I didn’t expect there to be like an uproar about it at all,” Robbie told Bickmore.

Bickmore added that it was “encouraging” to see “everyone come together” in response to the interview, without Robbie having to even issue a formal statement.

“I didn’t say anything,” Robbie said, “and I had like a bit of Aussie pride where I was like, “Don’t mess with the Aussies! Look what happens when you mess with Australia!”

Robbie also revealed her plans to raise her children in Australia, after her mother, Sarie, expressed concern she wouldn’t get to see her future grandchildren due to her daughter’s hectic schedule.

“Margot will have children one day and they’ll be who knows where,” Sarie said.

“They’ll be here,” Robbie responded, adding that her boyfriend, director Tom Ackerley, was a big fan of her hometown.