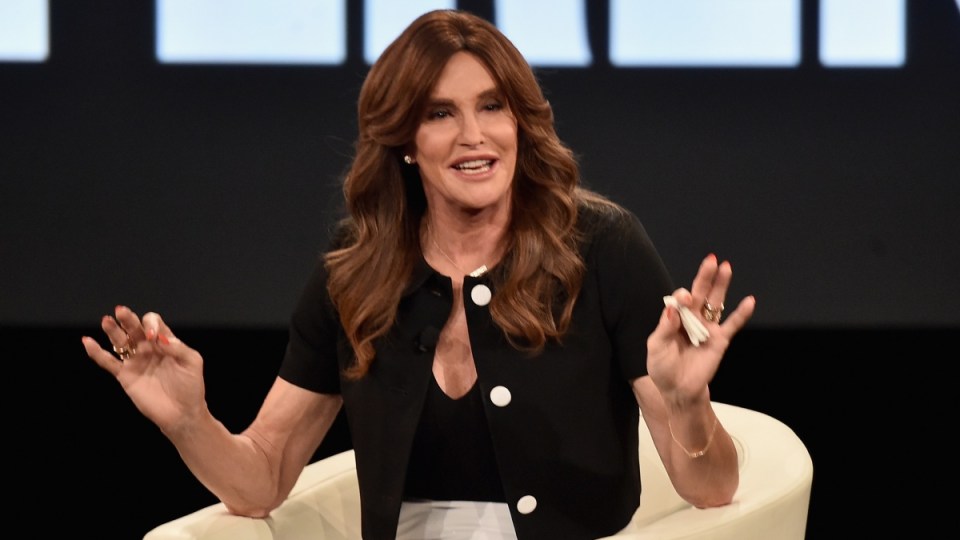 Caitlyn Jenner admits she's had tough moments, but she is adamant transitioning was the right decision - even if some her children don't see it that way. Photo: Getty

Caitlyn Jenner says it’s easier to come out as transgender than as a Republican and conceded Democrats promote more inclusive policies.

Jenner, the Olympic gold medallist and transgender activist, gently chastised Republicans as she spoke at a brunch on Wednesday on the sidelines of the Republican National Convention.

She told the pro-LGBT American Unity Fund that she’s urged Republicans including Donald Trump to create a safe environment for children who are transgender.

“I get it. The Democratic Party does a better job when it comes to the LGBT community, the trans community, all that kind of stuff,” Jenner said.

In an unusual moment for a GOP gathering, she received a smattering of applause when she praised President Barack Obama for advancing LGBT rights and for eliminating the ban on transgender people serving openly in the military.

Though Trump has been more supportive of gay rights than most of his White House challengers, there have been few public calls for more inclusivity during the four-day gathering in Cleveland.

Earlier this year, Trump drew attention for saying that Jenner could use whatever restroom she wanted in one of his luxury buildings, a position that came as Republicans in several states were pushing laws forcing people to use the restroom that corresponds to their gender at birth.

Jenner later took up Trump on his offer, using the women’s room without incident at the Trump International Hotel and Tower in Manhattan.

It’s a position at odds with the GOP platform, adopted at the convention on Monday, which preserves language that criticises the Obama administration for directing schools to allow transgender students to use restrooms matching their gender identity.

Montel Williams, the TV host, called that part of the platform “inexcusably hostile to the LGBT community”.

“We think we’ve made so much progress and we’re right back where we started,” said Williams, who is black. “If you remember, just because of the colour of my skin, there were bathrooms I couldn’t go in, water fountains I couldn’t drink from.”

Jenner said the bathroom issue had been “used politically for many, many, many, many years”. She added that she’d personally experienced no issues with which bathroom to use.

“I haven’t used the men’s room in a year and a half,” said Jenner, who transitioned to her new identity from Bruce Jenner last year.

Opponents have warned that men would use it as an excuse to enter women’s rooms to prey on girls. Jenner noted that former Idaho senator Larry Craig, former Mississippi Representative Jon Hinson and former Florida state legislator Bob Allen — all Republicans — had been arrested for “lewd behaviour” in men’s restrooms, during a time in which no transgender people were arrested for using the wrong bathroom.

“Maybe what we should do is ban Republican representatives at a state level from being in the men’s room,” Jenner said.

‘It’s easier to come out as trans than Republican’: Jenner