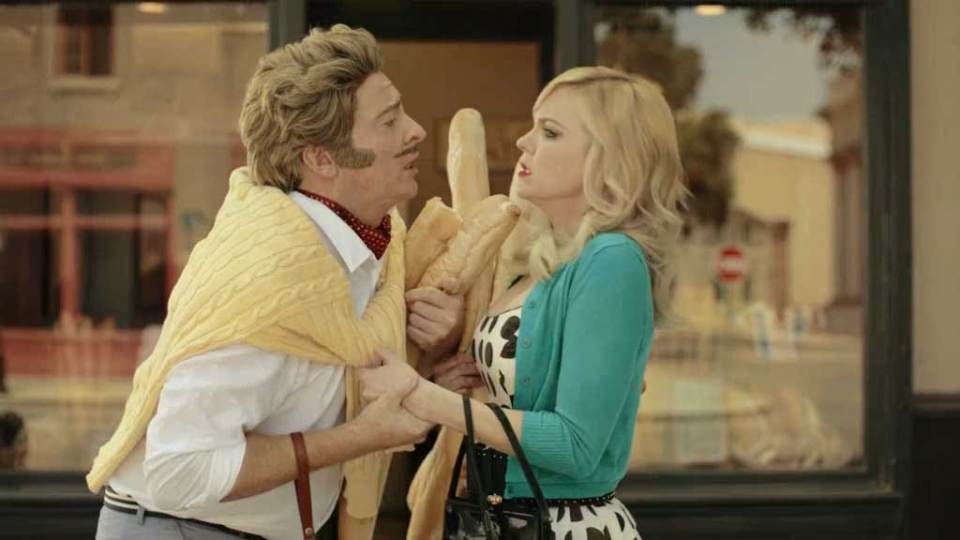 Air New Zealand has previously gained publicity for its tongue-in-cheek videos including one that played on the country’s Lord of the Rings fame, one that included the All Blacks in a Men In Black-themed clip and one featuring veteran actress Betty White.

The ad centres on Darby’s attempts to take the safety video outside the plane, resulting in the pair playing cops, lovers in France and even cowboys.

“It’s so easy to tune out when watching a traditional safety video, so it comes as such a delightful surprise when you get something that’s really fun and funny,” Fair said of the video.

She also noted that working with Darby was a real “treat”.

It’s an interesting move for Faris, who in 2011 told a talk show of her  experiences with “vulgar Kiwi men”.

Faris said while on location in New Zealand there were multiple instances of Kiwi men driving past her and yelling obscenities.

According to Stuff NZ, Tourism NZ publicly stated at the time that Faris had “no credibility” and that no one would believe the actress.

However, the company later retracted its comments, saying: “The inference that Tourism NZ did not take Ms Faris’ comments seriously is very much regretted and was certainly not intended.”

Is this Air New Zealand’s best safety video yet?