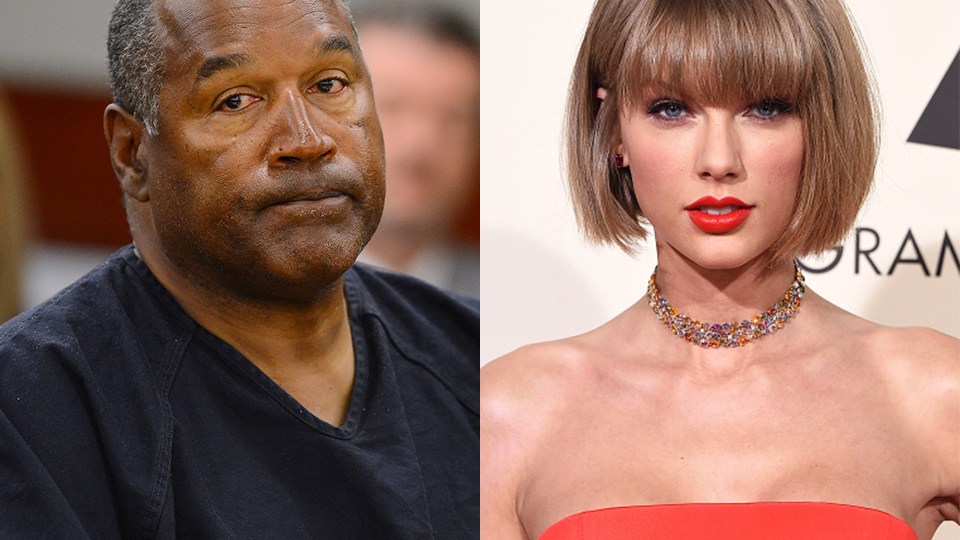 In a surprising turn of events, the latest celebrity to join the fray of the ongoing feud between Taylor Swift, Kanye West and Kim Kardashian is former American football player OJ Simpson.

Swift, West and Kardashian have been battling it out online after Kardashian leaked footage of a private phone call between West and Swift on her Snapchat profile.

In the footage, Swift can be heard approving the mention of her name in West’s single Famous, which includes a tongue-in-cheek reference to West and Swift having sex.

Kardashian, who is married to West, accused the pop singer of “playing the victim” after West released the song, which refers to Swift as “that bitch”. Swift maintains she never approved that specific line.

Now, a close friend of Swift has used the 1994 murder of Simpson’s ex-wife Nicole Brown as a parallel to the celebrity showdown, likening Swift to Brown.

Video director Joseph Kahn, who has worked with Swift on several of her music videos, launched a scathing attack on Kardashian via Twitter.

“Ain’t the first time the Kardashians supported the murder of an innocent blonde woman,” Kahn, 43, tweeted.

Kardashian’s late father, Robert, was a close friend of Simpson and defended him in the murder trial. Simpson was subsequently acquitted of the murder of both Brown and her friend Ron Goldman.

“People always ask me how to be famous,” Kahn continued. “My answer is simple. Have your dad defend murder of a woman. Release sex tape. That’s it. Good luck.”

“I’ve worked with everybody. I don’t need to work with anybody. Taylor is a rainbow in a swamp,” he tweeted, before ending his online rant with a powerful statement.

“My last tweet for the day. Ready? Here we go…

People assume my tweets are angry. Nope. Read them from the perspective of a bemused Asian man eating noodles in his self driving Tesla.