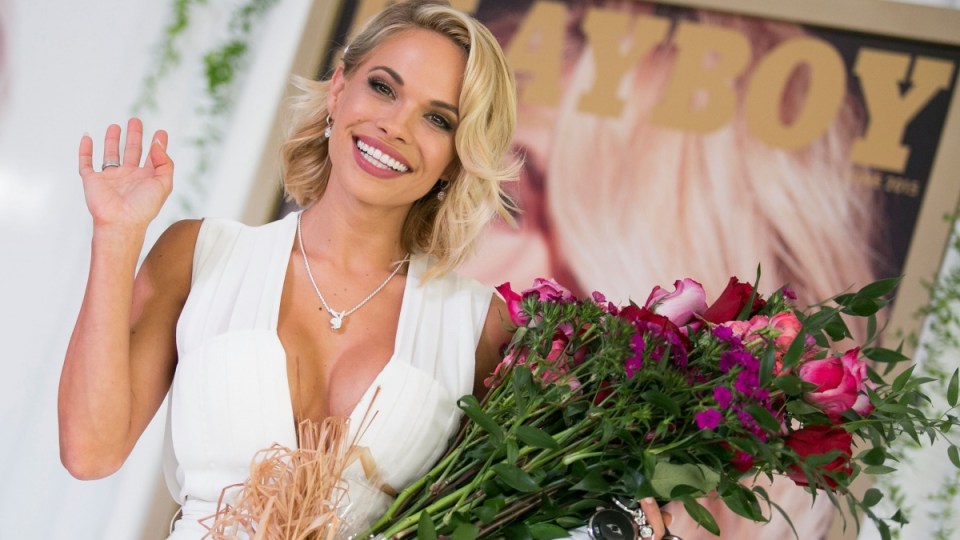 This Playboy model is under investigation for a Snapchat , where she 'fat shamed' a woman in a shower. Photo: Getty

A Playboy model’s “fat shaming” of a woman in a gym shower has been slammed as a “gross invasion of privacy” that would probably be illegal in Australia.

Dani Mathers, 29, from Los Angeles, shared an image of an oblivious naked stranger to her Snapchat profile, along with a picture of herself holding her hand over her mouth in mock horror.

The caption read: “If I can’t unsee this then you can’t either.”

Robyn Ayres, the CEO of the Arts Law Centre Australia, said posting a similar image in Australia could be considered a criminal offence.

“If you took a photo of a person who was in a shower, naked, then that probably would fall within a criminal provision,” Ms Ayres said.

“There are criminal laws that might apply and it is up to the police or prosecuting authority to do something about that.”

Mathers, the 2015 Playmate of the Year, deleted the image but is being investigated by the Los Angeles Police Department (LAPD) for a “misdemeanour offence”.

However, the LAPD needed the subject of the ‘fat shaming’ post to identify herself to police before the investigation could continue.

Mathers was pilloried on social media for her actions and was banned from all gyms operated by the LA Fitness chain.

She was also suspended from a radio slot she’d held for some time on LA station KLOS.

Mathers apologised for the post and said she had not intended for the image to be shared publicly.

“The photo was taken as part of a personal conversation with a girlfriend and because I am new to Snapchat I didn’t realise I had posted it, and that was a huge mistake,” she said.

Snapchat is a social media smartphone app that allows users to share photos and videos to their followers, with the content expiring after a certain period of time.

“I have chosen to do what I do for a living because I love the female body,” Mathers added. “I know that body-shaming is wrong. That is not the type of person I am.”

Many social media users pointed out the woman in the photo appeared to be a normal size which, for American women, was a size 12 to 14.

Always be wary on social media

The incident was another example of how social media has become a dangerous legal minefield for the community.

Ms Ayres said that if the photo was not explicit and not in an area like a change room, then it may have been legally acceptable in Australia.

“In Australia we don’t have a full-blown right to privacy. But it’s subject to a couple of qualifications,” she explained.

“The basic principle is that it is okay to take photographs of people in public places without their consent and be able to publish that photograph.

“This may be a problem for some businesses, depending on its turnover based on privacy principles.”

Ms Ayres warned that each social media platform had different privacy policies. She said video posted to social media of someone without their consent could fall under surveillance laws.

But there was still some uncertainty in many states around these kind of incidents.

“In a number of states and territories there is work being done to look at further laws around gross invasions of privacies and this sort of thing.”