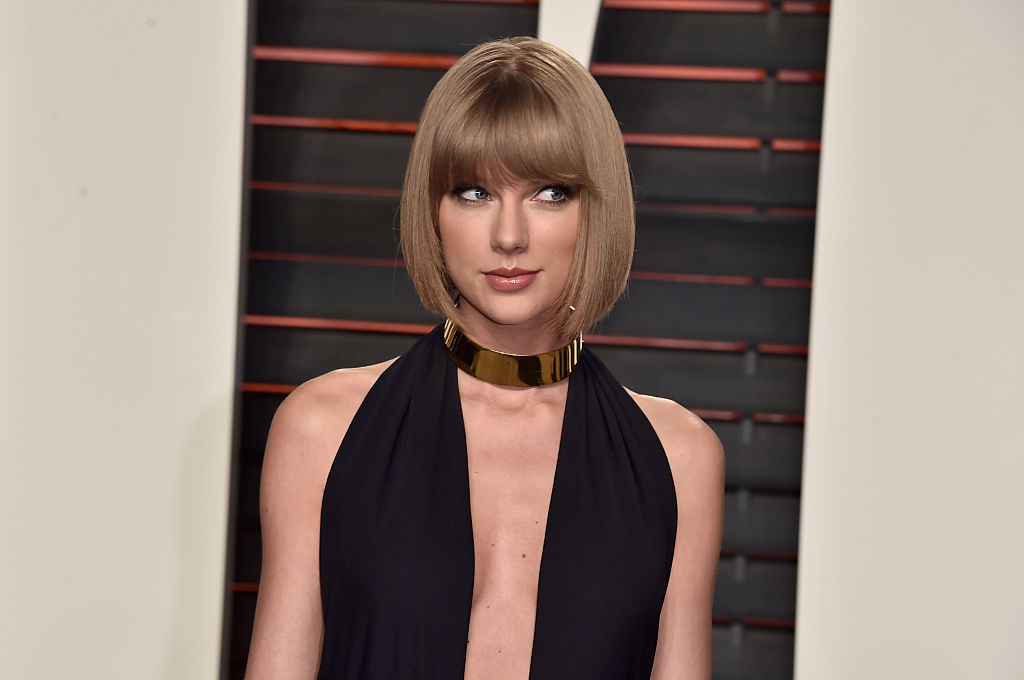 Swift’s 1989 tour – based on her second-ranked album of 2015 – broke records in the US, while deals with Apple and Diet Coke brought her annual earnings to $A255 million.

Sitting in the number two earnings spot were the teen heart-throbs of One Direction, who took in less than half that Swift’s total combined, while the only Aussies to feature in the list were AC/DC at number 17.

It’s the second year in a row the 26-year-old Swift has topped the rich list.

But even from the top, the singer has been vocal about artists’ rights – and sunk the boot into streaming companies a number of times.

Swift’s 1989 tour surpassed the Rolling Stones’ record for the highest-grossing North American tour of all time – bringing in $263 million for that leg only.

It probably comes as no surprise then that this was Swift’s most expensively-ticketed tour yet.

Forbes reported the singer’s 1989 ticket prices increased on average 123 per cent from her 2013 Red tour.

Her Australian leg set fans back between $130 and $250 – and that was just for general admission.

Comparatively, Sydney tickets for the Rolling Stones’ 14 on Fire tour in 2013 started at $199 and set the most dedicated of fans back $577 for a top-tier ticket.

But Swift’s fans are undeniably in a different earning bracket to the Stones, and many parents of Swift fans bemoaned the 1989 prices.

Irish rockers U2 – also among the highest tour grossers of all time – were able to offer Aussies partially-obscured view tickets for the low price of $40 in 2010.

Swift has been vocal about big streamers Spotify and Apple Music not adequately compensating artists.

In 2014, she took the controversial step of removing her entire music catalogue off Spotify.

The following year, she penned a blog post calling out Apple Music for offering subscribers a three-month free trial – and not paying their artists during that time.

Swift was quick to note that the issue would not affect her as it would struggling up-and-coming artists.

“Thankfully I am on my fifth album and can support myself, my band, crew, and entire management team by playing live shows,” she wrote.

“This is about the young songwriter who just got his or her first cut and thought that the royalties from that would get them out of debt.

“We don’t ask you for free iPhones. Please don’t ask us to provide you with our music for no compensation.”

In a huge coup for Swift, Apple Music responded with an apology and announced they would pay artists for the three months.

Despite many decrying the end of the music industry, it seems music tours were the best way to bring in the coin in 2015-2016.

And it’s hurting our pockets: according to music mag Pollstar, the average price of live music tickets has risen seven per cent since 2000.

Swift and British boy band One Direction took out numbers one and two on the list, proving there is still plenty of money to be made without CD sales.

With a hit new album, Adele rose to number 10 on the list, while Madonna’s heavy touring rewarded her with 12th place and Rihanna’s endorsements propelled her to 13th.

Swift may be quietly satisfied to see her ex-boyfriend, DJ Calvin Harris, sitting well below her on the list at number 21.