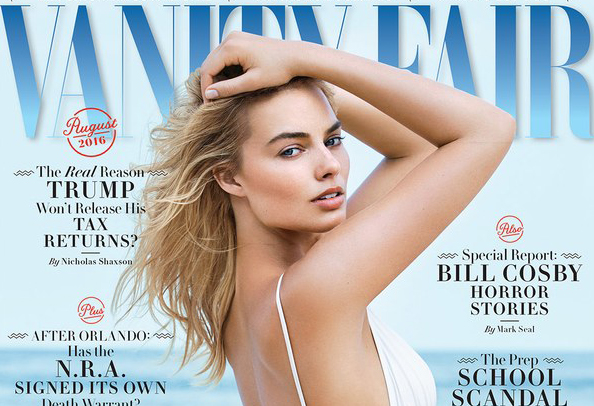 The man who penned a Margot Robbie profile for Vanity Fair labelled “creepy”, “sexist” and “ignorant” has defended his piece, claiming he was “mostly joking”.

The article was slammed by readers for focussing more on Robbie’s sex appeal than her talent. It also labelled Australians “throwback people” who “live and die” by TV shows.

Yesterday, Cohen told Fairfax he had actually been to Australia and his comments were intended as a “compliment”.

Cohen wanted to have it both ways when he told Fairfax he was half joking, half serious in writing the much-talked about article.

“I was mostly joking. [It was] supposed to be funny,” he said.

“To the extent that the point is serious, It’s a compliment. I’m saying that Australia is still a unified country whereas our American culture has shattered into warring camps. Australia had what we lost.”

In the piece, Cohen described Australia as America “but different” – and 50 years behind the US.

He said Robbie grew up “in Gold Coast”, where “a dingo really will eat your baby”.

Despite the apparent ignorance, Cohen said he had in fact visited Australia and thought it’s ‘throwback people’ were “the best in the world”.

The writer didn’t go as far as telling us off for not getting his ‘joke’.

“I wouldn’t presume to tell other people how to feel,” he said.

“I’m just telling you my intent. Humour. Entertainment. And an appreciation for a country that seems to be cohering in a way mine isn’t at the moment.”

Fairfax’s Daily Life published a reimagined version in which Cohen himself was interviewed:

“He is short, but only when sitting down. He can be flirtatious and feminine even when on the toilet, but only while writing.”

News.com decided to approach their rewrite from a different angle, instead profiling America’s ‘boy next door’ Donald Trump.

Meanwhile, one clever Twitter user inserted the lyrics to Santana’s sex-laden song ‘Smooth’ in the place of Cohen’s yearning prose.

i don’t get this Margot Robbie profile at all. pic.twitter.com/gDc886RxVz

Scores of people compared the article with The Simpsons’ ‘Bart vs. Australia’ episode, which made fun of Australia’s cane toad problem and parodied the Azaria Chamberlain case.

Finally, one Twitter user rewrote the piece from a completely new point of view: a cafe-goer uncomfortably watching Cohen fawn over Robbie.