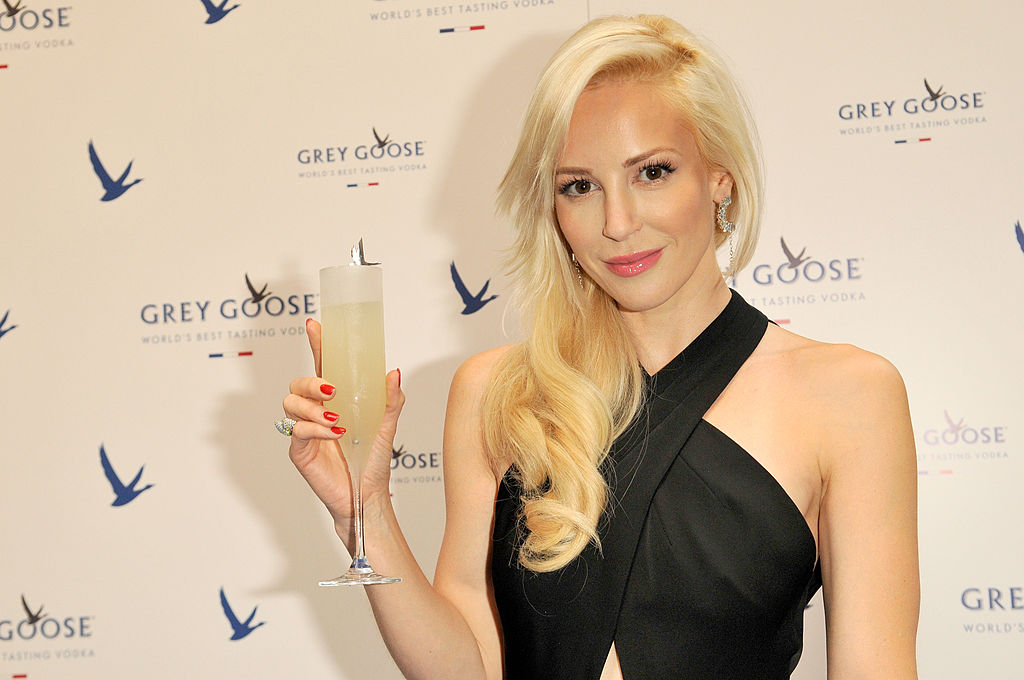 Next thing you know, your life is in peril as you’re dragged into the brutal ethnic war between the Hutu and Tutsi rebels in Congo.

After the publication of an excerpt of Scottish actress Louise Linton’s memoir In Congo’s Shadow, the social media world is of the opinion that’s exactly what happened — she imagined the whole thing.

In what has been branded a brazen attempt at mass deception and self promotion — reminiscent of discredited cancer survivor and nutrition guru Belle Gibson — the hashtag #LintonLies is trending across Twitter as alleged inconsistencies are uncovered.

The except from the book published in the UK’s Daily Telegraph under the headline How my dream gap year turned into an African nightmare, described an “idyllic” journey to Zambia in the 1990s to help the needy Bemba people, particularly a young HIV infected orphan named Zimba.

Despite contracting malaria, surviving scrapes with snakes and crocodiles and witnessing “random acts of violence,” nothing prepared her for the dramatic turn of events when her village was allegedly dragged into the Hutu-Tutsi conflict.

“Then one day, without warning, armed rebels descended on our bay,” Linton wrote.

“Taken by surprise, I spent a night huddled with others in an old straw hut, hoping not to be found as we listened to the engines of the rebel boats drawing near.

“The next morning, I was faced with a dreadful dilemma. Should I stay and care for Zimba, risking my life?”

Linton eventually escaped to safety, despite her fears of what the bloodthirsty rebels would do to “the skinny white muzungu with long angel hair”, if she was discovered.

It didn’t take long for readers to start questioning her story.

“Many factual inaccuracies in this book. Hutu-Tutsi war in Congo or did you mean Rwanda, 1994? #LintonLies,” Zambian-born Rhodes scholar Muloongo Muchelemba tweeted.

The Hutu and Tutsi conflict is best known for the 1994 genocide in Rwanda, which is not near Zambia.

And while Tutsi and Hutu militias were fighting in Congo at the time her tale is set, according to a 1999 UN report, many readers have pointed out there is no record of rebels invading villages in Zambia.

Do landlocked countries have monsoons? I don’t know. Let’s ask @LouiseLinton. Apparently they do.
U learn something new everyday#LintonLies

Linton, who now lives in the United States, wrote in her memoir: “Even in this world where I’m supposed to belong, I still sometimes feel out of place.

“Whenever that happens, though, I try to remember a smiling gap-toothed child with HIV whose greatest joy was to sit on my lap and drink from a bottle of Coca-Cola.”

Linton has since released a statement in an attempt to defend her book and placate her critics, saying she was motivated by: “The hope of conveying my deep humility, respect and appreciation for the people of Zambia and my sincere hope of making a positive impact there as an 18-year-old volunteer in 1999.

“I speak at length about the country’s incredible beauty and my immense gratitude for the friendships and experiences I had there,” she said.

“My aim has only ever been to honour Zambia.”

The incident has prompted comparisons to Australia’s Belle Gibson, who built a health and wellness empire based on false claims she had terminal brain cancer.