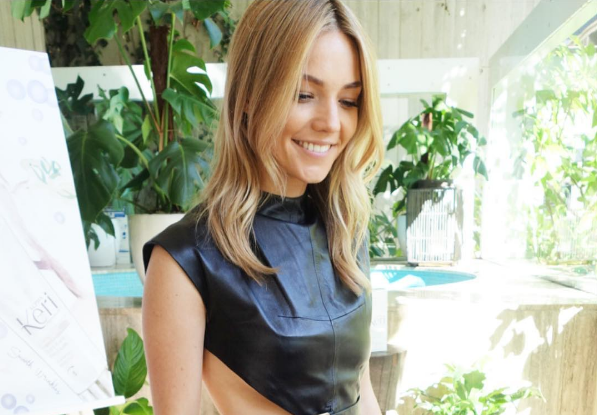 Radio host and former Bachelorette Sam Frost has concerned her fans by writing online that bullies have “won”.

“To the fake accounts heavily trolling me online & into my personal life. If you wanted to break me … Congratulations you have won. #Broken” she wrote on Monday night.

Frost and her radio partner Rove McManus are currently on a two-week break during the non-ratings period, meaning fans were unable to hear whether the 2DayFM breakfast host was okay on Tuesday morning.

The post is eerily similar to those made by media personality Charlotte Dawson before she took her own life in 2014.

‘I was trying not to cry’

Like Dawson before her, Frost has been the target of online bullies for some time.

The host told listeners of the pain she felt after an innocent Instagram post of her at the beach turned into a slinging match about her weight.

“The comments that I received were absolutely appalling,” Frost said on air in March, as reported by News Corp.

“People were saying I looked disgusting and gross and that I was a bad role model because I’m so thin … that I’ve clearly got an eating disorder.

“It immediately changed my mood. I was having a great time, I was playing with my niece and trying not to cry because I’m thinking, ‘How are people so horrible?'”

Frost said she constantly had to delete comments and block people who were cruel, for fear of her younger followers seeing them.

Her Instagram was flooded with supportive comments on Tuesday.

“Don’t let them beat you down — you’re fabulous, funny, beautiful and carved out a successful career for yourself,” one user wrote.

Charlotte Dawson, a former model host of the Australia’s Next Top Model reality show, campaigned against online bullying through the charity Community Brave.

Before her death, Dawson unsuccessfully attempted suicide after coming home to a “string of death threats”.

The TV star triggered concern when she wrote on Twitter: “You win x”. The post was accompanied by an image of a hand holding pills.

“It just triggered that feeling of helplessness when the trolls got to me,” Dawson told 60 Minutes in 2012 after she was released from hospital.

“They got the better of me and they won.”

Like Dawson, Frost too has been campaigning against the trolls that flock to her social media accounts.

Earlier in 2016, the radio host delivered an open letter to her bullies during her 2DayFM slot.

”I don’t think people really understand the impact of it. Young kids and people, including myself get bullied on a daily basis,” she said.

“For just one moment, think about what it would be like if a bully never left you alone.