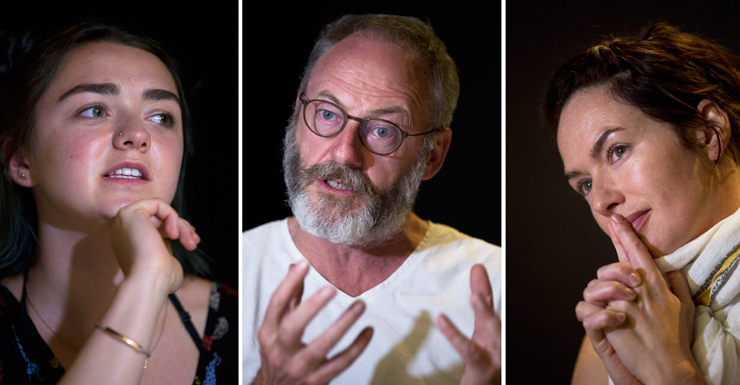 “These smart, hardworking people want to go home,” Headey said in a statement.

Williams said in a statement: “For me, it is about the children … children with so much potential, so many hopes and dreams. Where is the humanity that makes it acceptable for them to languish in refugee camps in Europe?”

Cunningham said the issue was a “man-made crisis”.

“This is not an earthquake, this is not a tidal wave. This is a man-made crisis. 57,000 stranded in Greece. Refugee camps in Europe? Is this truly the standard EU leaders want to set as the way to respond to the global refugee crisis?” he said in a statement.

The Game of Thrones trio also urged European Union leaders to do more for the 57,000 refugees currently stranded in Greece.

The latest season of the fantasy drama ended last week.