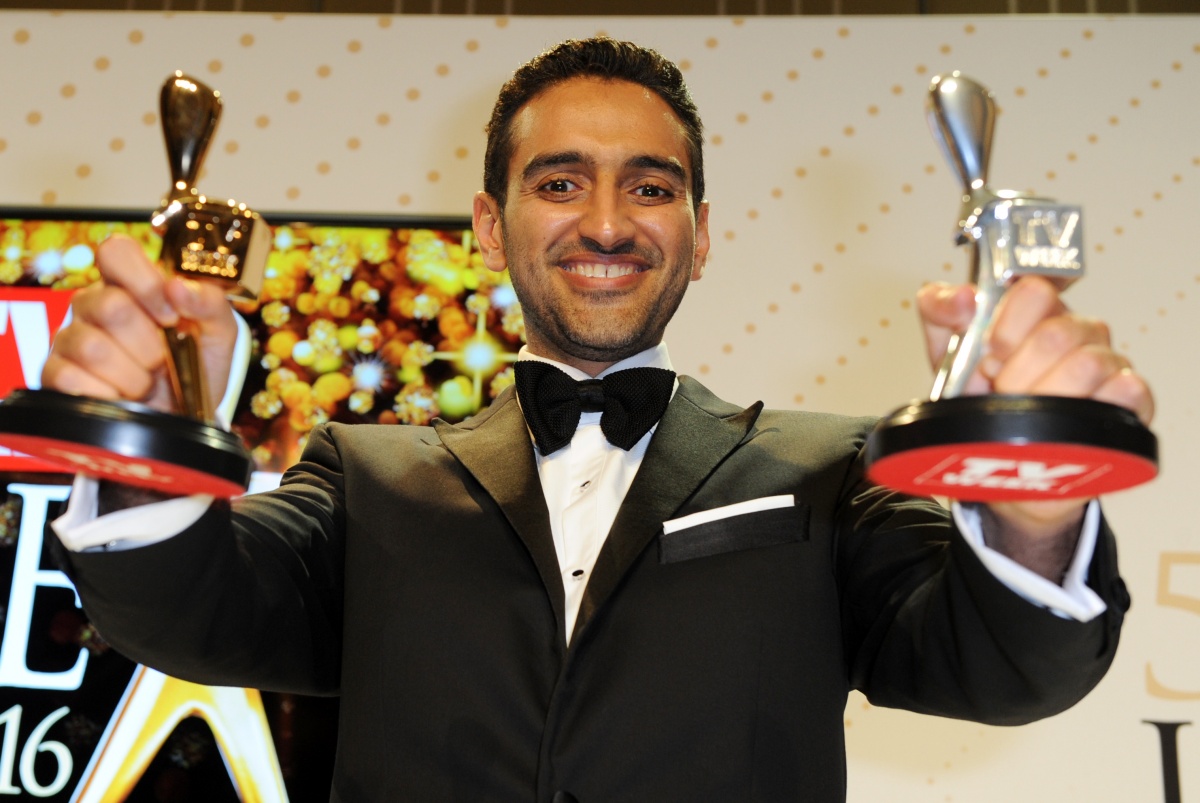 Waleed Aly is a hypocrite.

That blunt assertion will doubtless come as a shock to the adoring Millenials who worship at the altar that has grown around the media eminence of Waleed Aly.

It will outrage the many who are convinced he can do no wrong, see him as an intelligent voice of reason and a fresh breath of diversity in a suffocatingly white TV landscape.

I’ve pondered Aly’s hypocrisy once before, as a man who is a serious academic with serious intent and shuns the low-brow but is willing to host a show that features a woman crushing a watermelon between her thighs, or does flimsy, fawning celebrity interviews, because, as Aly’s wife told The Australian recently: “Well, that’s the contract, isn’t it?”

But I’ve been willing – in the spirit of modern-media pragmatism – to give Aly the benefit of the doubt. However, this week, he undid all that.

In another of his “something we should talk about” segments on The Project, Aly took down the Coalition’s proposal to cut the company tax rate. He argued the case well, as he inevitably does, seriously and intelligently.

He then went on to list 10 things on which the nation should instead spend the estimated $50 billion tax cut – worthy, serious causes such as Medicare, education and renewable energy.

But Aly also peppered his list twice with a suggestion to “Invade New Zealand”.

Perhaps he ran out of other ideas that he thought would delight the Left and so deferred to “comedy”. But the suggestion sat strangely in what was until then an earnest analysis.

Apart from it being one of those decidedly unfunny trans-Tasman jokes older than sheep bestiality itself, it seemed a pretty unedifying contribution from a man who holds himself up as such a paragon of political correctness and respect.

He repeated the gag during the week in various segments of The Project.

It wasn’t so much the gag itself that rankled, but the hypocrisy it represented from someone who would be indignant if anyone accused him of impugning a person based on their culture.

Aly would no doubt argue he was simply joking. Yes, he was joking about waging war on a country, in a similar way, perhaps, that Eddie McGuire was joking about committing violence on Caroline Wilson – a debate that Aly was happy to weigh in on last week too, lamenting the incident, particularly the passivity of Triple M in the sorry affair.

The two are different, I suppose, because it’s okay to exercise this kind of licence in the case of New Zealand. New Zealand is the geographical equivalent of the white, middle-class male – a soft, unassailable target which can be lashed without consequence. But Waleed Aly is more mature than that, surely.

I can hear those adoring Millenial hordes now, braying that this is a humourless and priggish response to a “joke” and to get over it.

Perhaps. But what might have been the reaction if Aly had made the same call to invade, say China, or a nation in the Middle East?

As his fans, and even the country’s media hang on his every word, I wonder if Aly has built such a media persona and such a fortress of adoration around himself, that he has begun to suffer the inevitable outcomes of overexposure: arrogance, too much licence and a misplaced sense of infallibility.

Again, this is less about the sentiment, but more about who expressed it – a man who rails against bigotry, sexism, racism and the judgement of others, a man with great intellectual rigour who chooses his language carefully and who usually achieves that fine art of humour without offence.

This is about someone who says one thing, but does another.

– Mike Bruce is a New Zealander