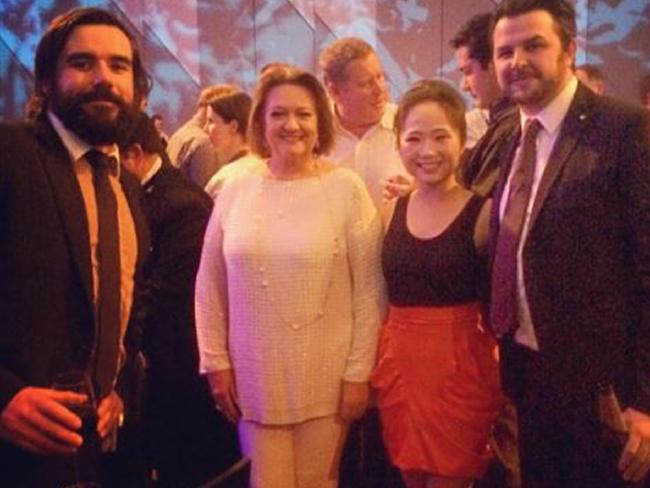 A recent photo of Australian mining magnate Gina Rinehart has revealed a remarkable body transformation, as reports estimate the billionaire has lost up to 40 kilograms.

A weight loss expert told The New Daily that shedding kilos was more challenging when older, and that Rinehart, 62, should be commended.

“As you age your metabolism slows down,” University of Adelaide Associate Professor Leonie Heilbronn told The New Daily. “So the amount of food that you should eat is less.”

“If you’re trying to lose weight while older then you have to tend to restrict your energy intake more than a younger person.

“If you’re not aware of this before you decide to go on a diet, that could make weight loss harder.”

The latest Australian Bureau of Statistics figures found that 62.8 per cent of Australians over 18 years old were overweight or obese. These figures were higher for older age groups.

The Instagram photo from May – but only picked up on by media this week – showed a slender Rinehart dressed all in white: “With Gina Rinehart. I can feel the power & respect!”, Instagram user Sisi Ying captioned the photo.

Woman’s Day reported that Rinehart had been spurred to the weight loss by a 2014 telemovie where she was portrayed by an actor in a “fat suit”.

Mandy McElhinney played Rinehart in the Nine Network miniseries House of Hancock. McElhinney had to wear a “fat suit” for the role, something that reportedly motivated Rinehart.

Gina Rinehart’s weight loss: before and after

“But it’s only recently that it’s become so noticeable,” the unnamed friend said.

A weight loss specialist told Woman’s Day that it appeared Rinehart had lost 40kg – astounding given the struggles most Australians had with extensive weight loss.

A study from the American Medical Association’s Journal of Internal Medicine, showed committing to extensive weight loss was extremely challenging.

“Successful weight loss is difficult to achieve in the older population because of ingrained, lifelong diet and activity habits, and attempts to change these habits will cause distress and anxiety,” it wrote.

A researcher and endocrinologist from the University of Melbourne explained how many struggled with the factors needed to master to achieve weight loss.

“It is not just behavioural factors, such as falling back into old habits with diet and exercise. There are also biological reasons why we regain weight we’ve lost,” Dr Priya Sumithran told the ABC.

“When we lose weight there are changes in our hormones that control our appetite, energy and fat storage that encourage us to put on weight. We get hungrier, store fat more efficiently, and burn less energy.”

Why we care about Gina Rinehart’s weight loss