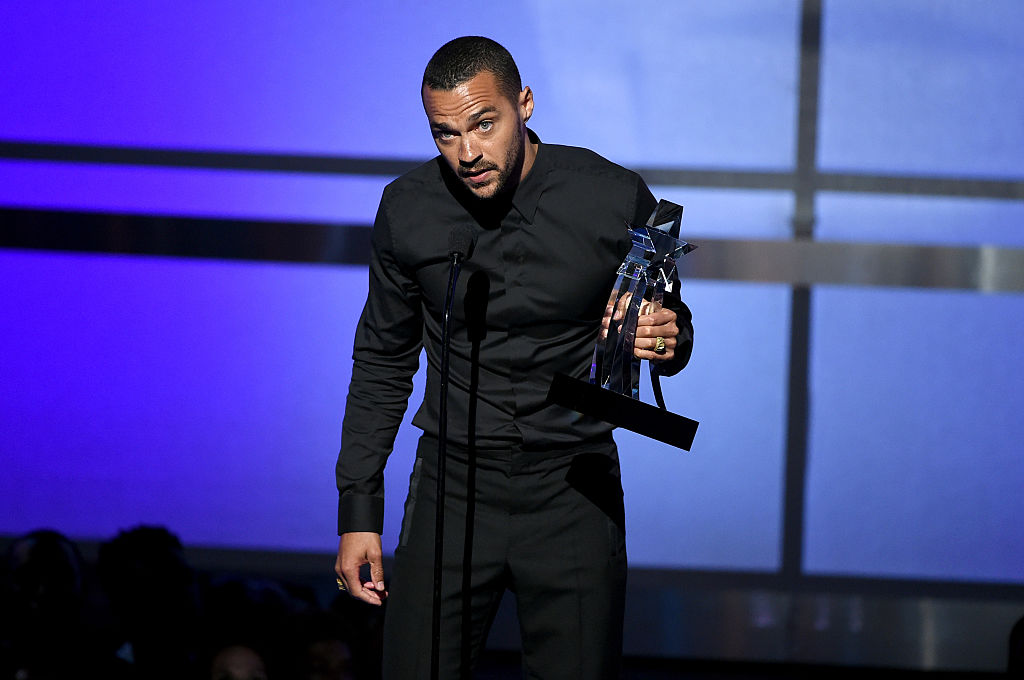 Grey’s Anatomy star and activist Jesse Williams has brought down the house with a moving speech on civil rights at the Black Entertainment Television (BET) Awards.

The awards, which celebrate African Americans in the entertainment industry, were held Sunday in Los Angeles.

Calling for an end to police brutality against black people, Williams roused the crowd to its feet with an impassioned and moving call to arms.

The speech has been shared thousands of times since the weekend, although one celebrity in particular has received backlash for voicing his praise.

Watch the inspiring speech below:

This was one hell of a speech! Thank you #JesseWilliams✌🏽️https://t.co/WfQ564dd4G

Williams was honoured for his work with the Black Lives Matter campaign – which aims to stamp out discriminatory police treatment of black people.

Receiving the award, he payed homage to the young lives already lost.

“Yesterday would have been young Tamir Rice’s 14th birthday, so I don’t want to hear anymore about how far we’ve come when paid public servants can pull a drive-by on a 12-year-old playing alone in a park in broad daylight, killing him on television then going home to make a sandwich,” he said.

“We know that police somehow manage to de-escalate, de-arm and somehow not manage to kill white people every day.”

Williams called on the entertainers in the room to accept that “making money” wouldn’t improve the status of African American youths.

He also took the chance to call out white culture for using the talent and creativity of black people without due credit.

“We’re done watching and waiting while this invention called whiteness uses and abuses us … extracting our culture, our dollars, our entertainment like oil, black gold,” he said.

“Ghettoising and demeaning our creations then stealing them, gentrifying our genius and then trying us on like costumes before discarding our bodies like rinds of strange fruit.”

Williams finished the speech to a standing ovation.

“The thing is, though, just because we’re magic, does not mean we’re not real. Thank you.”

Alongside Beyonce and Kendrick Lamar’s surprise performance, Williams’ speech was widely regarded as the triumph of the evening.

The hashtag #JesseWilliamsAppreciationDay began trending on Twitter, with admirers declaring June 26 a holiday.

But one celebrity who will probably regret his endorsement was Justin Timberlake, whose Tweet with the simple message “#Inspired” drew the ire of Twitter users.

“So does this mean you’re going to stop appropriating our music and culture? And apologise to Janet too,” wrote columnist Ernest Owens, before thousands of others piled on.

Owens was referring to the 2004 Justin Timberlake and Janet Jackson Superbowl performance that featured a deliberate wardrobe malfunction.

Some believe Jackson’s career never recovered after her breast was revealed onstage, while Timberlake’s has gone from strength to strength.

After a misstep, Timberlake eventually apologised to anyone who thought he had spoken “out of turn”. I feel misunderstood. I responded to a specific tweet that wasn’t meant to be a general response. I shouldn’t have responded anyway…

I apologize to anyone that felt I was out of turn. I have nothing but LOVE FOR YOU AND ALL OF US.

The speech that’s setting the internet on fire