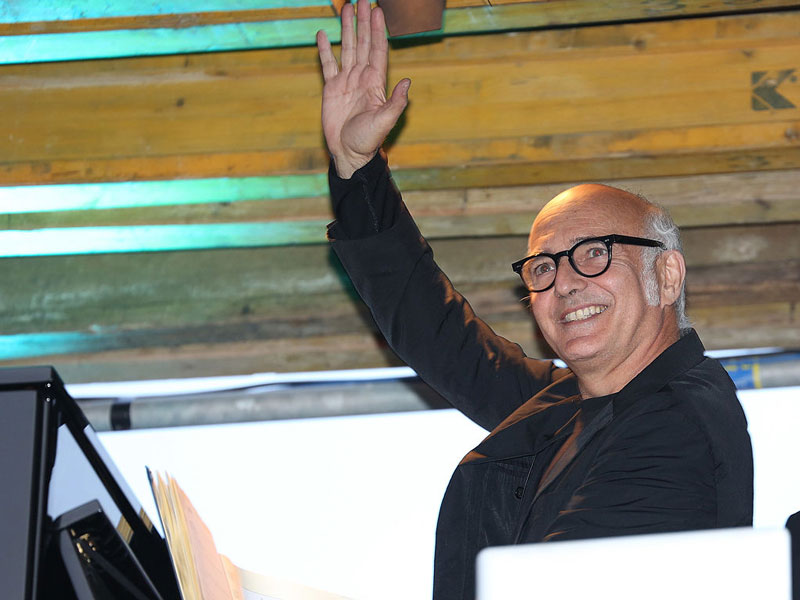 Acclaimed Italian composer and pianist Ludovico Einaudi has played a solo piano performance on a floating platform in the Arctic, in an attempt to send a conservation message to world leaders.

Einaudi played a composition written for the occasion, “Elegy for the Arctic”, on a grand piano off the coast of Svalbard in Norway, in what his website claims is “the most northerly grand piano performance ever held”.

• Why I felt physically sick by The Briefcase
• A Brexit ‘Remain’ vote is what a fragile world economy needs
• We could be hair-oes; Bowie locks for sale

The piano was shipped from Germany by activist organisation Greenpeace.

His performance is part of a Greenpeace campaign urging governments to ratify a proposal for the first Marine Protected Area to safeguard 10 per cent of the Arctic Ocean at this week’s OSPAR (Oslo-Paris) commission in Tenerife, Spain.

Delegates from 15 European countries are meeting at the commission to discuss the management of the northeast Atlantic, including the Arctic.

Despite the isolation and small population of the Arctic region, the OSPAR commission concedes that human activities including fishing and offshore petroleum production are “significant”.

According to Greenpeace, the Arctic ocean has the least legal protection of any ocean in the world, and is becoming increasingly vulnerable to exploitation as its ice cover recedes.

The activist organisation claims the region is of significant ecological value thanks to its unique wildlife and climate, and needs immediate protection.

During the piano performance, large chunks of ice can be seen breaking off the face of a glacier and falling into the water around the platform.

Einaudi, 60, is best known for his music featured in films such as Dr Zhivago, Black Swan, and television series including Derek and This Is England ’88.