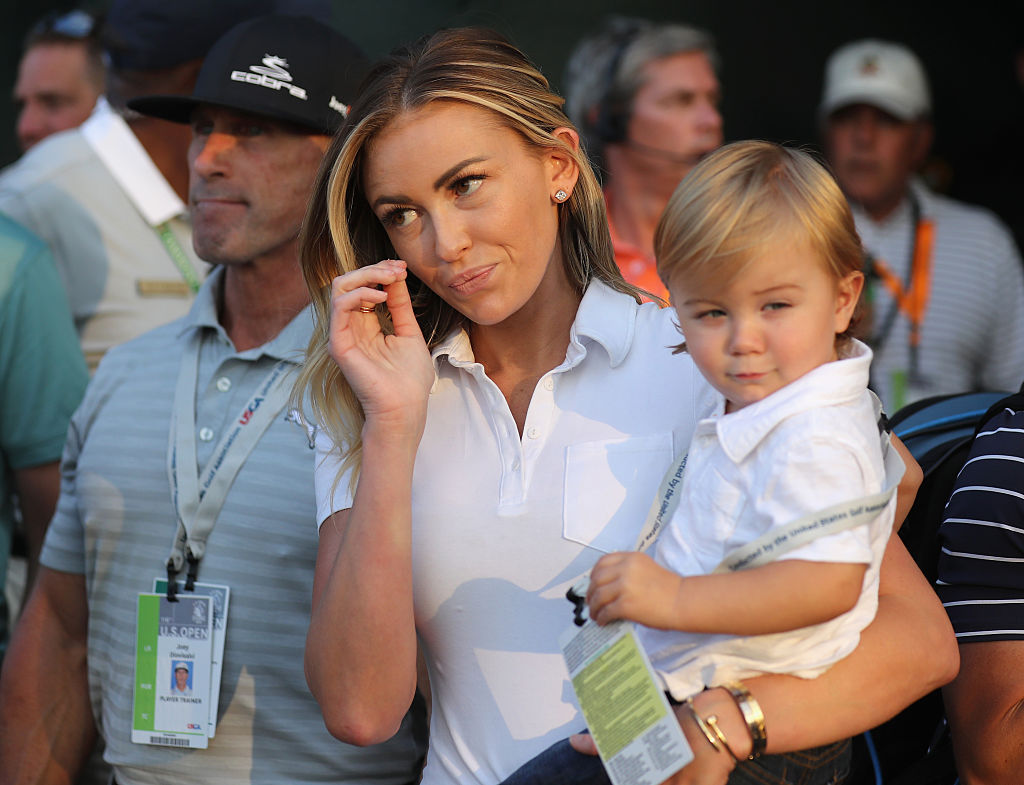 While the focus was on Dustin Johnson for his win at the US Open yesterday, his wife has been grabbing the headlines in the 24 hours since.

Johnson’s partner, the model/singer/actor Paulina Gretzky, 27, kept tongues wagging and heads turning for her wardrobe choice at the highly respected tournament, long after the jubilation and trophy presentation.

Wearing what could be best described as sporty – a polo mini dress with sneakers – Gretzky repeatedly had to hike the hem of her skirt down while climbing the stairs to the Oakmont clubhouse with boyfriend Johnson, 31, and son Tatum, as she was followed by the FoxSports cameraman.

The footage divided the internet between golf fans admiring the breath of fresh air that Gretzky breathed into the Open, and those who wondered whether Gretzky’s choice of skirt was appropriate for such an esteemed tournament.

Some on social media blasted the Fox Sports cameraman for “ogling” Gretzky, but other defended the footage as what would ordinarily be a piece of routine footage at the tournament.

Gretzky is well known in North America, not only as the daughter of ice hockey giant Wayne Gretzky, but also for her propensity for lingerie and bikini photos on her popular Instagram feed as well as racy magazine shoots.

Gretzky courted controversy in May 2014 when she posed for the cover of Golf Digest in figure-hugging pants and a sports bra.

The dress that has divided the golf world