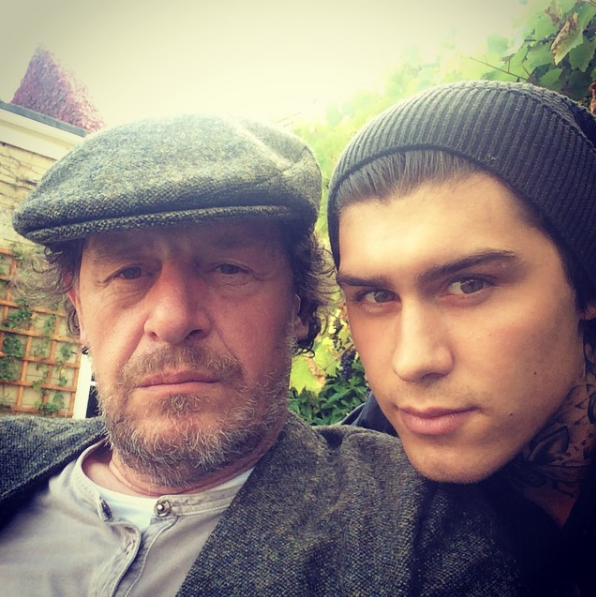 The son of celebrity chef Marco Pierre White has made a splash on the UK version of Celebrity Big Brother by cheating on his fiancee on camera and admitting he spent his father’s money on prostitutes and drugs.

• Masterchef‘s Matt Preston reveals his day on a plate
• Why MasterChef beats The Voice every single time
• Tom Hiddleston: from 007 hopes to Swift romance

White Jr entered the house last week and has courted controversy for behaviour fans of the show branded “disgusting”.

In particular, the 21-year-old was filmed engaging in sexual acts with fellow housemate Laura Carter, despite admitting he had a fiancée waiting for him at home.

In the footage, aired on the series’ 9pm highlights show, White Jr and Carter were captured kissing and engaging in sex acts on a couch and in a bed.

At the time, White Jr claimed his fiancee had given him a “hall pass” for his time on Big Brother, adding that the pair had an “open relationship”.

Later, Carter told friends in the house that White Junior expressed regret and concern over what his fiancee and family would think.

“It wasn’t full blown sex, but we had sex, basically,” she explained. “Straight after it happened he said ‘OH MY GOD! What’s my family and my fiancée going to say?’

The fiancée in question, 36-year-old British fashion designer Kim Melville-Smith, took to Twitter to comment on the furore.

“Fyi [for your information] I said #hallpass NOT open relationship. I don’t watch bb, but I heard this today. Worst thing I can’t even talk to him,” Melville-Smith tweeted.

Some viewers have accused Melville-Smith and White Jr of faking their relationship to bring added drama to the show.

However, White Jr’s controversial behaviour hasn’t just been limited to infidelity – he also admitted to blowing some of his dad’s fortune on drugs and prostitutes.

“I spent a quarter of a million pounds on prostitutes, cocaine and alcohol,” he said during his first week on the show.

“One summer holiday, I came back to London with no money, and my Dad says, ‘You have spent a quarter of a million pounds in 3 months and what do you have to show for it?’

“And I was like ‘F*** knows’ … I spent a quarter of a million pounds on prostitutes, cocaine and alcohol.”

Marco Pierre White, who is a regular fixture on the Channel Ten’s MasterChef Australia, has not yet commented on his son’s antics, but his MasterChef colleague Matt Preston weighed in.

Appearing on the Kyle & Jackie O Show on Wednesday, Preston was grilled about White’s reaction to the scandal.

“He’s a dad. Any dad would feel … whenever your kid goes off the rails, I think that’s the first thing ‘what could I have done better?'” Preston replied.

Preston’s take on the situation was simple: “Anyone who’s got tattoos on their face normally behaves badly, don’t they?”