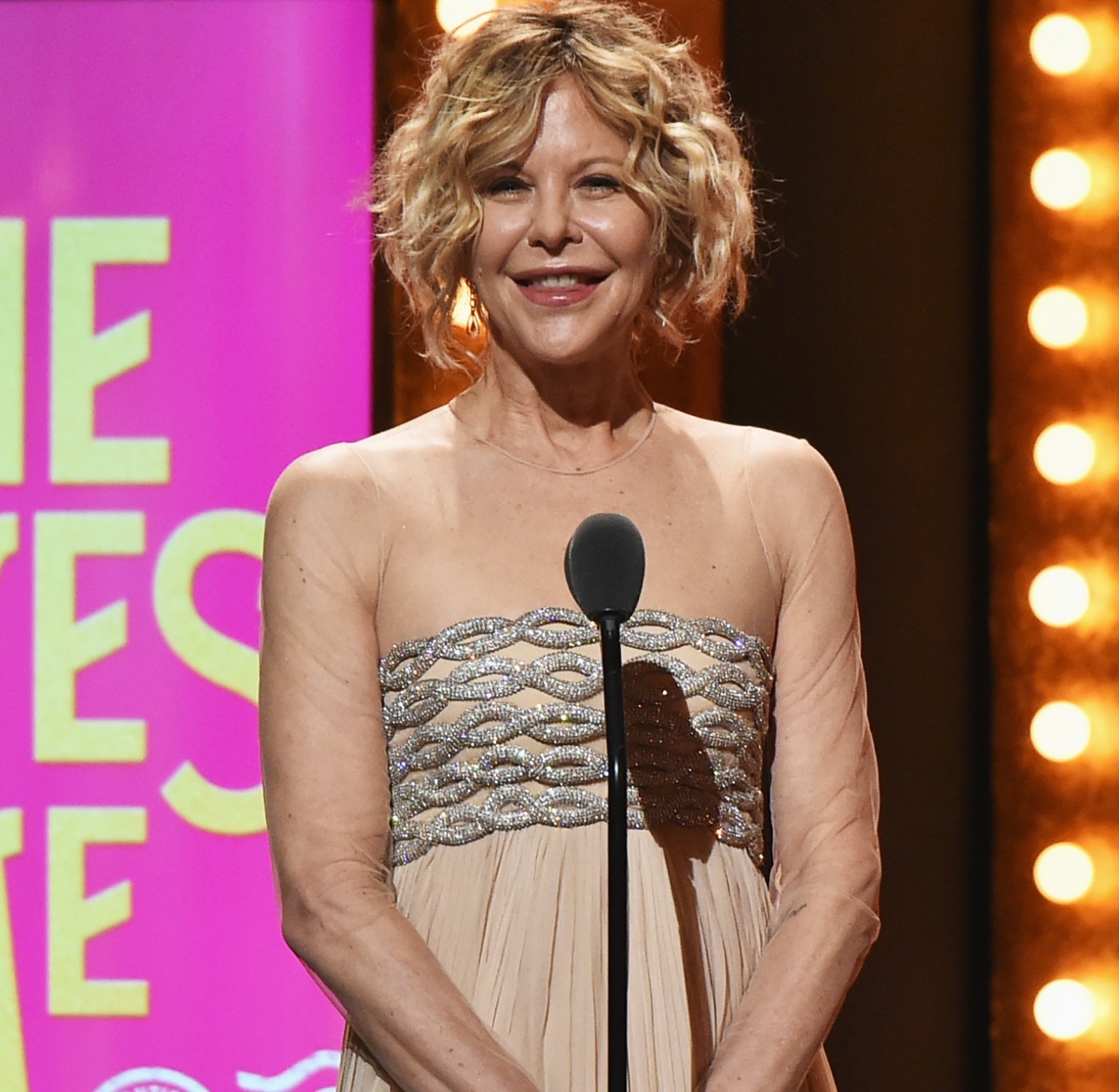 Even after 49 people were murdered in a horrific hate crime in Florida, Meg Ryan’s appearance at the Tony Awards was one of the most talked-about things on the internet on Monday.

Viewers were shocked by Ryan’s face, which was apparently a far cry from how she looked in the 1990s romantic comedies that made her famous.

Ryan, 54, who has refused to comment on plastic surgery rumours in the past, took to the stage with a very taut face — which fans put down to her going under the knife.

She introduced a performance from the cast of Broadway musical She Loves Me where the strong downlighting only served to emphasise her features.

Unfortunately for Ryan, her floaty gown from designer Blumarine also didn’t help matters, with its sheer sleeves giving the illusion she had wrinkled arms.

The backlash was swift and immense, briefly outranking the Orlando massacre as a top trending story on social media.

Poor Meg Ryan. It looks like she’s been soaking her arms in vinegar #TonyAwards #MegRyan

Oh no, what has Meg Ryan had done? #Tonys https://t.co/eVGMqG1UlP pic.twitter.com/yZgM7jP9p7

Was the Tonys the reason Meg Ryan turned her face into a tribute to Cats?

In a 2015 interview with Porter magazine, Ryan commented on the speculation surrounding her looks, which has been ongoing for the past decade.

“I love my age,” she said. “I love my life right now. I love what I know about. I love the person I’ve become, the one I’ve evolved into.

“We get stuck in these conversations about looks and hair colour and our roots … It’s interesting and funny for five minutes, but it’s not that interesting.”

In fact, looking back at Ryan’s appearance since her first film role in 1981, she appears to be ageing gracefully – without the help of modern medicine. Thankfully, for every critic of Ryan’s “new face” there was someone arguing her appearance was none of our business.

Some argued Ryan’s different look was unsurprising given she was in her 20s when she made the bulk of her movies.

Top trend on FB isn’t #Orlando but #MegRyan. Ppl are being slaughtered but let’s not forget to shame a woman’s looks pic.twitter.com/Q30ptIC96c

I stay pretty positive, but am disappointed by the tweets bashing Meg Ryan’s looks. So many more important qualities in a person. #beauty

Is it possible that Meg Ryan just isn’t the same age as she was in 1987?

Ryan is not the only female celebrity to be targeted over her looks in recent years. Renee Zellweger made headlines in 2014 when she reappeared after a brief hiatus looking barely recognisable.

Zellweger pinned her looks to a change in lifestyle and a newfound sense of happiness.

Plastic surgery has long been a taboo topic in Hollywood, but some female stars are starting to speak openly about going under the knife.

When Australian-born rapper Iggy Azalea had a breast augmentation and nose job in 2015, she candidly told Elle Canada magazine about it.

“I think, in 2016, people should be more accepting of the fact that both famous and non-famous women are having cosmetic procedures,” she said.

“That’s just the reality. And I think more people need to admit that s**t so it doesn’t have to be so taboo – because we’re all doing it anyway.”

The perennially youthful Jane Fonda, 78, has also celebrated the benefits of cosmetic procedures.

“I’m two years older than my dad was when he died,” she told The Guardian last year.

“People looked older back then. I wish I were brave enough to not do plastic surgery but I think I bought myself a decade.”

Author Salman Rushdie stabbed in the neck by masked assailant on stage
Melbourne society icon Lillian Frank dead at 92
Foreign Minister Penny Wong vows to keep working to free Aussie journo Cheng Lei from Chinese jail
Cameron Smith and fellow Aussies in the thick of it at PGA’s Memphis tournament
Taiwan thanks US for maintaining regional security in the face of Beijing’s bullying
Ex-Liberal staffer: Survivors weren’t asked about their ordeals in NSW parliament
Adam Levine to pay for Grimmie funeral
Today's Stories