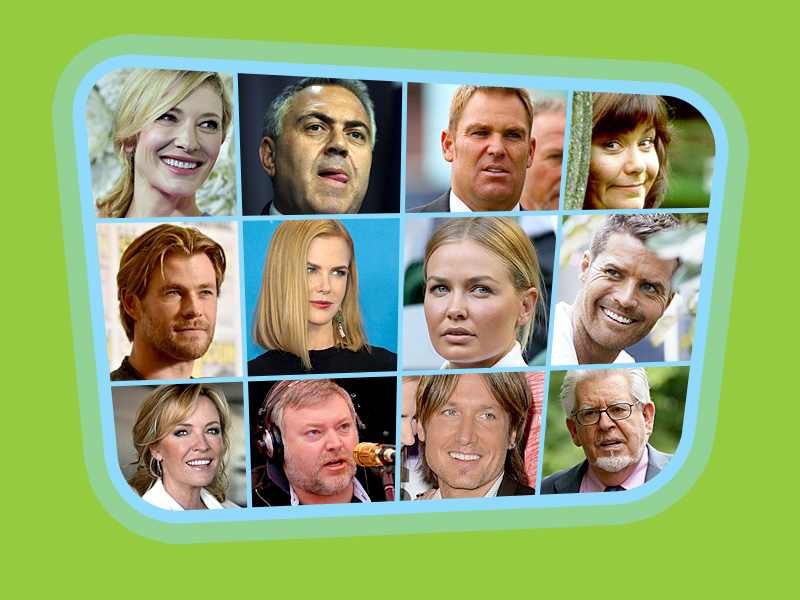 Radio host Kyle Sandilands has once again been crowned Australia’s least favourite celebrity in a new survey of over 5000 people.

The Encore Score, an index of personalities commissioned by website Mumbrella, saw the Kiis FM shock jock ranked right at the bottom of the list of more than 400 Australian stars.

This isn’t the first time Sandilands has been the least popular – he also received the dishonour in 2012 and 2013.

Last year, he was temporarily dethroned by convicted paedophile Rolf Harris, but he’s since managed to reclaim his position.

Sandilands was followed at the bottom of the popularity stakes by ex-cricketer Shane Warne, television host Eddie McGuire and model Lara Bingle.

Interestingly, Sandilands was joined this year at the wrong end of the rankings by co-host Jackie O, real name Jacqueline Henderson, who took the fifth-last spot. This was her first year in the bottom 10.

Despite the negative public perception of the duo, they remain the top-rating FM breakfast duo in Sydney.

The Project host and Gold Logie winner Waleed Aly jumped up one ranking to 51st most liked, but co-host Carrie Bickmore fell 53 rankings to 96th.

On the other end of the spectrum to Sandilands was actor Hugh Jackman, who topped the popularity list for the second year running.

“Once again, this year we’ve found the most popular celebrities are the ones that seem approachable, genuine and who perform and create brilliantly in their chosen field,” Encore Score curator Brooke Hemphill said in a statement.

“The data is telling us that being famous for famous’ sake isn’t enough to guarantee a positive image in the public eye: Those at the top represent genuine talent, success and style coupled with humility and accessibility.”

One of these people is Australia’s most disliked star