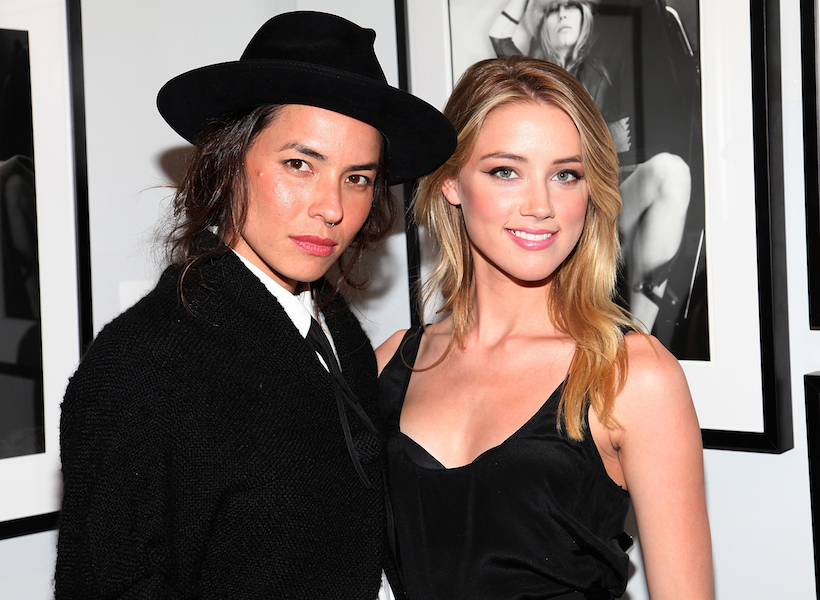 Amber Heard is a “brilliant, honest and beautiful woman”, say ex-girlfriend Tasya van Ree, who has broken her silence to defend the actress in the wake of her assault allegations in 2009 that emerged earlier this week.

Van Ree was spurred into action after news broke of Amber’s 2009 arrest for misdemeanour domestic violence against the artist, dismissing the charge as being motivated by “homophobia”.

Heard’s past has been dragged out in full by the media after she filed for divorce from actor husband Johnny Depp on May 23.

The actress was also granted a temporary domestic violence restraining order against her husband of 15 months.

Although she was booked and had a mugshot taken, the District Attorney did not prosecute her.

“In 2009, Amber was wrongfully accused for an incident that was misinterpreted and over-sensationalised by two individuals in a powerful position,” van Ree wrote in a statement to E! News.

“I recount hints of misogynistic attitudes toward us which alter appeared to be homophobic when they found out we were domestic partners and not just ‘friends.’ Charges were quickly dropped and she was released moments later.

“It’s disheartening that Amber’s integrity and story are being questioned yet again,” van Ree added.

“Amber is a brilliant, honest and beautiful woman and I have the utmost respect for her. We shared five wonderful years together and remain close to this day.”