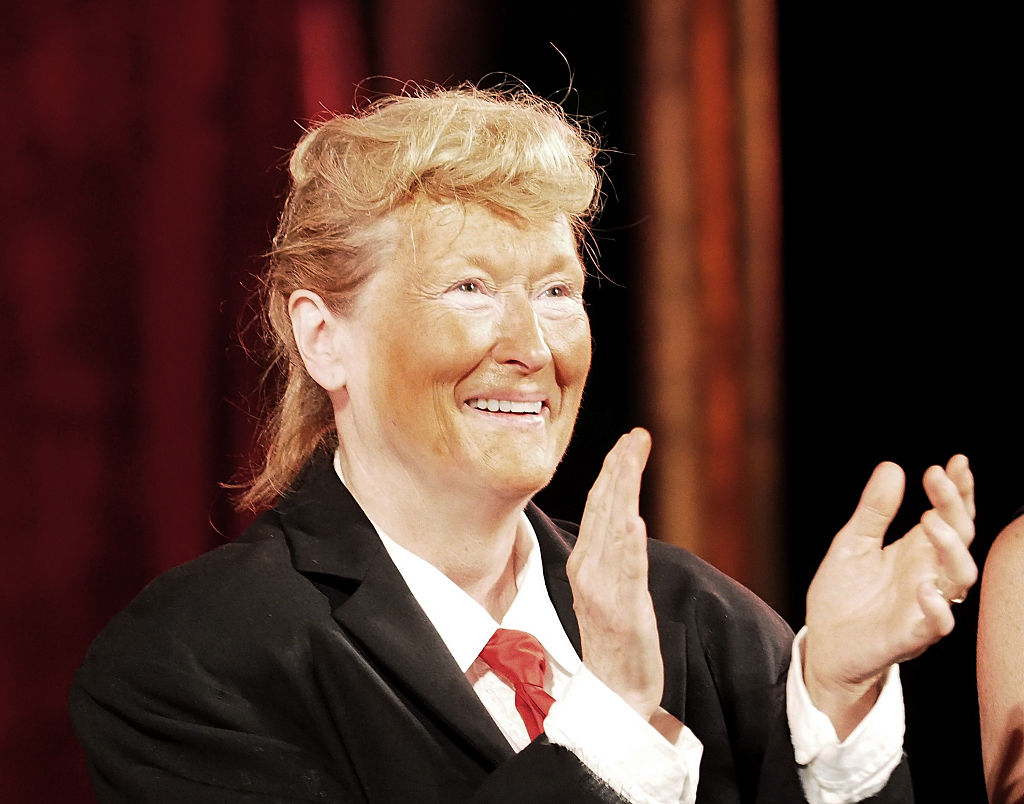 Meryl Streep has made use of a spray tan, a fake belly and an oversized red tie to get in character for her latest role, Donald Trump.

The New York Times reports that the three-time Oscar winner took to the stage on Monday in New York as the presumptive Republican presidential nominee during a gala benefit for the Public Theatre.

The pair sang Brush Up Your Shakespeare from Cole Porter’s musical Kiss Me, Kate.

Public Theatre artistic director Oskar Eustis tells the newspaper that the performance was Streep’s idea and “she was absolutely sure she could do it”.

Streep is a supporter of Clinton.