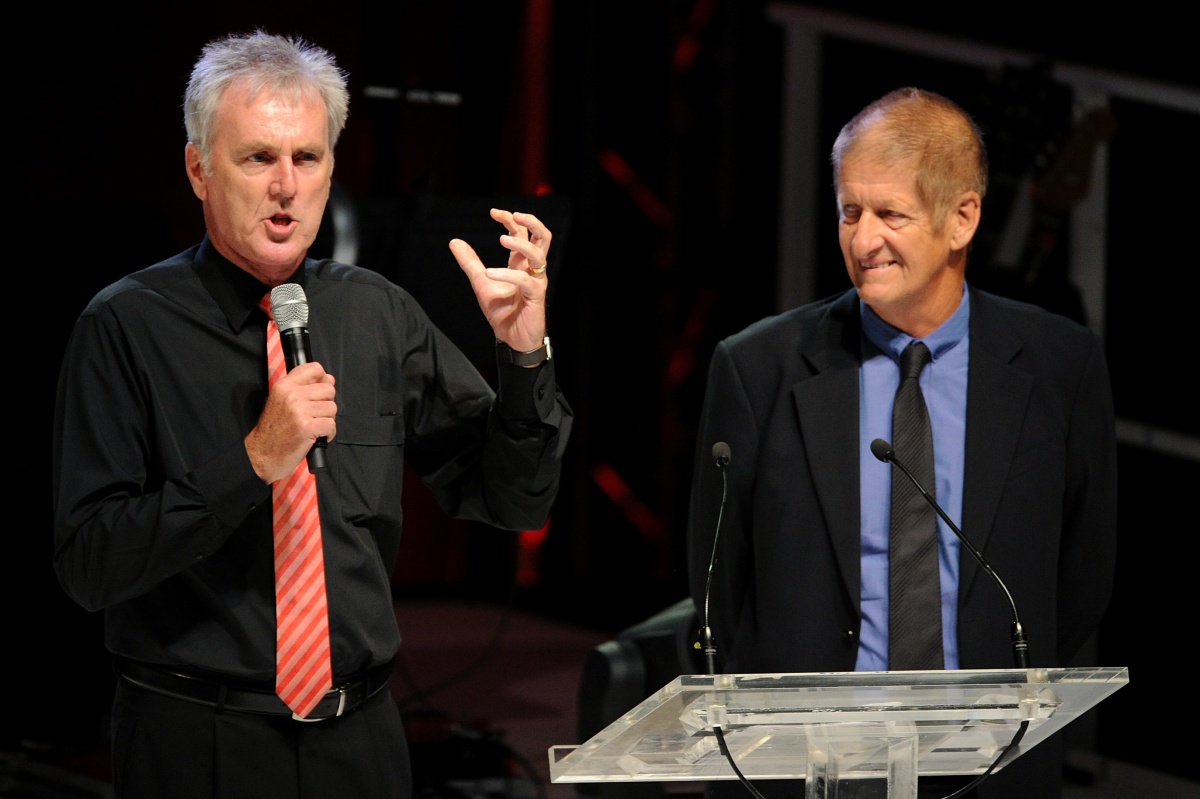 Roy Slaven & HG Nelson are returning to the airwaves for Triple M’s coverage of the 2016 Olympic Games in Rio.

The comedy duo, real names John Doyle and Greig Pickhaver, will present a national one-hour program from 12-1pm (AEST) Monday to Friday for the duration of the Games, August 8-19.

Returning to the Triple M Network for the first time since 2011, the veteran broadcasters say “it’s a dream come true” to be back.

“We are both humbled and proud that the great organisation has seen the error of their ways and opened their doors for us, albeit for a fortnight,” they said in a statement on Tuesday.

“Once every four years, Australians get very excited about the shot put, the single skulls and the shotgun.

“Triple M’s Mardi Gras of Medals will bring you every heave, every strain and every bang from the five rings of Rio.”

They have also been the soundtrack to many Olympic games and sporting events, starting with The Dream with Roy and HG for the Sydney 2000 Olympics.

This was followed by The Ice Dream (2002 Salt Lake City Winter Olympics), The Cream (2003 Rugby World Cup) and The Dream Again (2004 Athens Olympics).