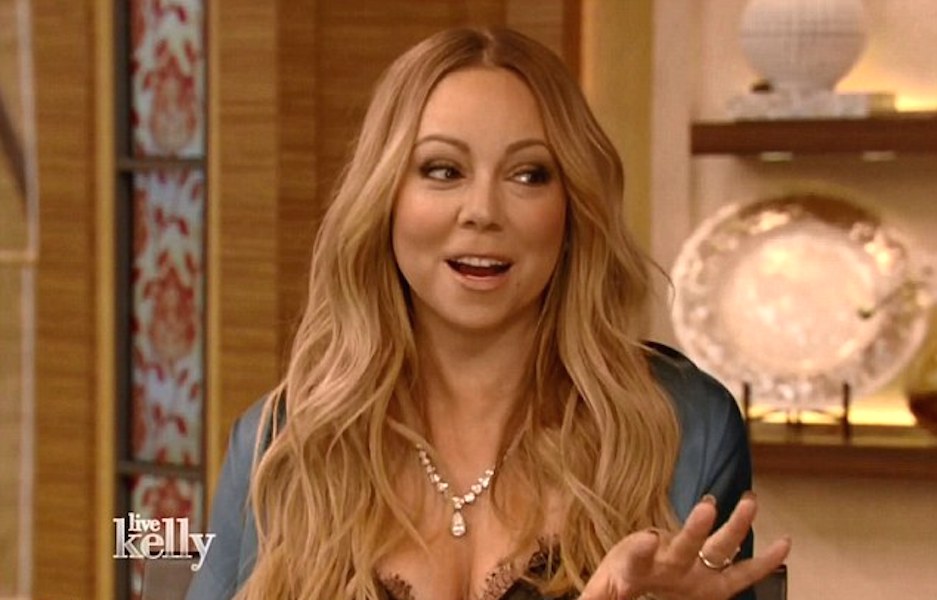 Mariah Carey has joked about her fiancé James Packer’s wealth during an appearance on US talk show Live with Kelly.

Wearing a short, lacy negligee, the singer spilled details about her upcoming wedding to the Australian mogul to hosts Kelly Ripa and Jussie Smollett.

Carey, whose racy attire was in keeping with the show’s pyjama theme, happily showed off her 35-carat engagement ring to a gobsmacked Ripa.

“How long did James have to save up for that?” Smollett added.

A bashful Carey responded: “I don’t know, I think he’s gonna be okay though.”

Packer, who is worth an estimated $4 billion, proposed to the best-selling singer with the dazzling diamond in January this year.

“They told me that your ring is only 10 carats smaller than the Hope Diamond,” Ripa told Carey, referring to the famous 45-carat blue diamond housed in Washington’s National Museum of Natural History.

“What really?” Carey said, “[it’s because] I need to hold onto hope that I’ll get something new … just kidding.”

“With every year that you’re married he needs to add a carat,” Smollett said.

When pressed for details about the upcoming nuptials, Carey remained tight-lipped/

“Is there a wedding date set, do you have a dress planned?” Ripa asked.

“I do have some of those things in the works but you know I can’t really talk about them right now,” Carey said, adding that, “I never said it was going to be a big wedding”.

The 46-year-old also addressed rumours she is carried around backstage at all of her concerts.

“I think you get carried around because you don’t wear anything but heels,” Smollett, who is a friend of Carey’s, teased.

“You are correct,” Carey said.

See the full interview below.