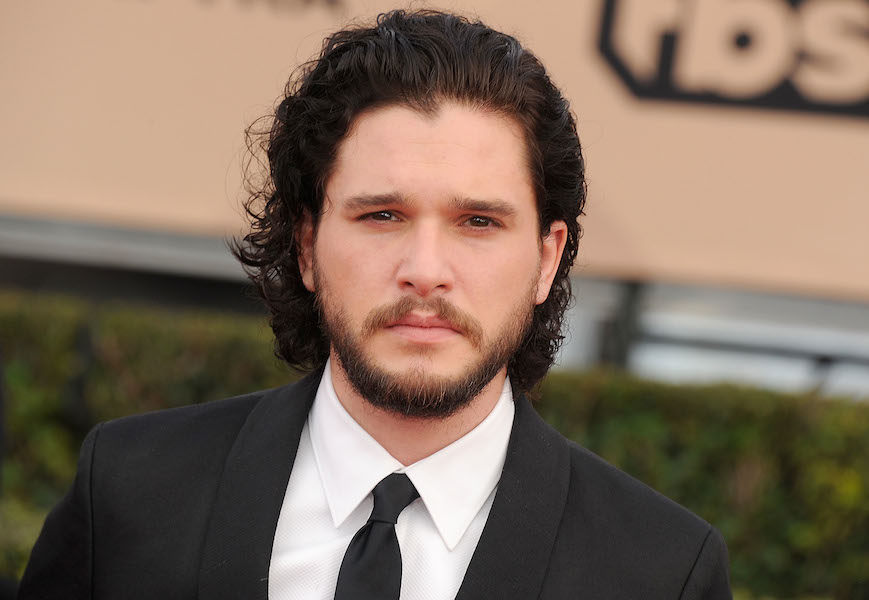 Kit Harington, aka Game of Thrones‘ rugged hero Jon Snow, has caused some controversy by suggesting he’s a victim of sexism in Hollywood.

In an interview with The Sunday Times Magazine, Harington, 29, spoke about feeling objectified by the obsession with his looks and, in particular, his famous head of curly black hair.

“I think there is a double standard. If you said to a girl, ‘Do you like being called a babe?’ and she said, ‘No, not really,’ she’d be absolutely right,” Harington said.

The British star, who is dating his former Game of Thrones co-star Rose Leslie, said he’d felt demeaned in the past and argued that men could be victims of sexism too.

“I like to think of myself as more than a head of hair or a set of looks. It’s demeaning. Yes, in some ways you could argue I’ve been employed for a look I have. But there’s a sexism that happens towards men.

“There’s definitely a sexism in our industry that happens towards women, and there is towards men as well…

“At some points during photoshoots when I’m asked to strip down, I felt that. If I felt I was being employed just for my looks, I’d stop acting.”

The social media reaction was unsurprisingly critical, with an overwhelming number of people quoting Leslie’s character Ygritte, whose catchphrase is: “You know nothing, Jon Snow.”

Some pointed to the famously sexist nature of Game of Thrones, which is known for over-sexualising its female characters and not its male characters.

Kit Harington will find it much easier to keep getting work if he insists on keeping his shirt on than a woman would. That is sexism.

YOU KNOW NOTHING, JON SNOW. (The joke really just writes itself here, no?) https://t.co/ktxuoVdRKN

“Game of Thrones star Kit Harington calls for sexism towards men in film to be acknowledged” HAS THE MAN WATCHED HIS OWN SHOW?

The word you were looking for was ‘objectified’, dear. -_-https://t.co/QzYKrwCFkQ