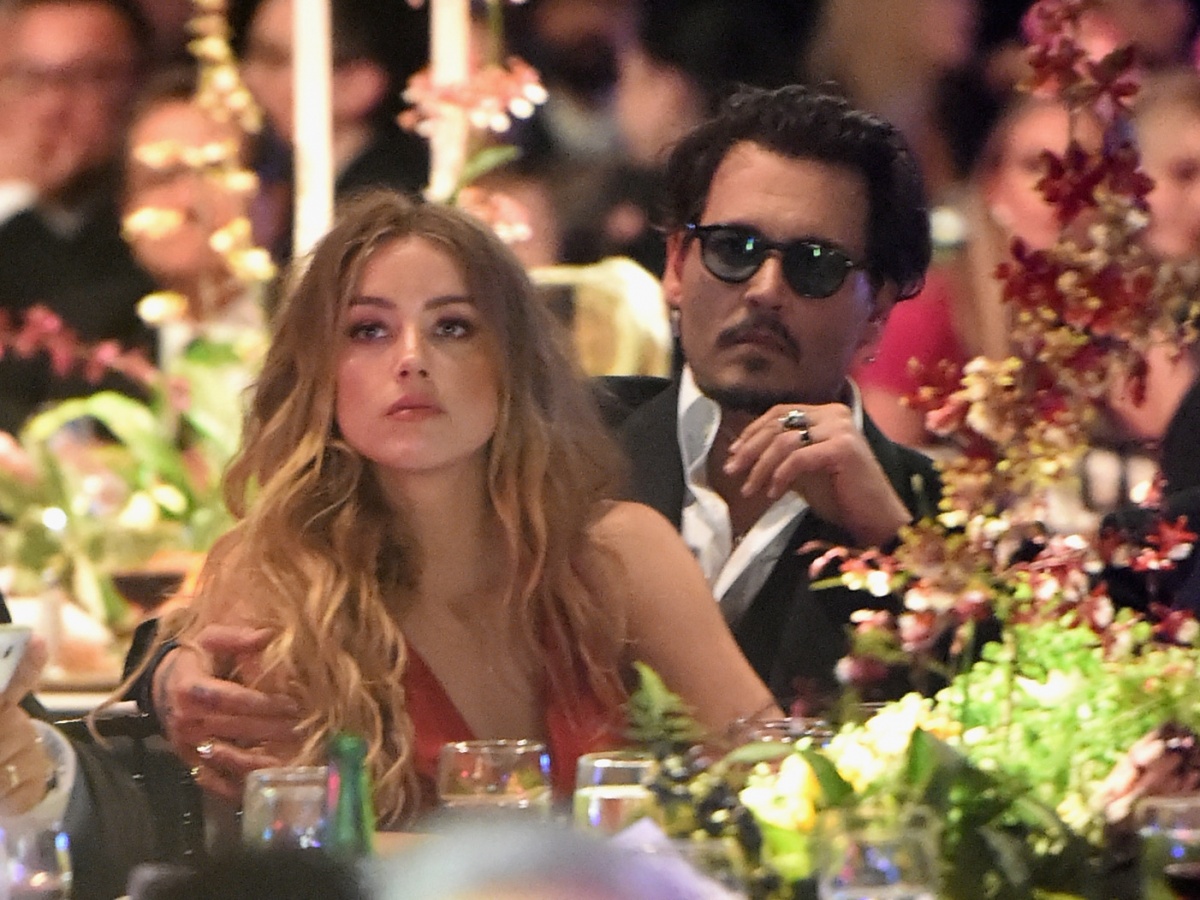 Amber Heard has denied blackmailing estranged husband Johnny Depp, after a friend of the actor alleged her domestic abuse claims were false.

Doug Stanhope, best known for hosting Comedy Central’s The Man Show, penned a column for The Wrap claiming he was at Depp’s house hours before the alleged domestic violence took place, and that Depp had told Stanhope he feared Heard would “pull some kind of ruse”.

Sample’s letter said Stanhope’s account of the evening in question “has no basis in reality and is nothing but the typical celebrity muckraking for profit”.

“It is highly offensive and disturbing that you would choose to publish it in the first place.”

Stanhope said he, his girlfriend Bingo and a number of Depp’s inner sanctum only plucked up the courage to share their thoughts on Heard after news of the couple’s split.

“Bingo and I were at Johnny’s house for most of that Saturday until just before the alleged assault,” he wrote.

“We assumed initially that his dour mood was because of his mother’s death the day before.

“But he opened up in the most vulnerable of ways that it was not only his mother, but that Amber was now going to leave him, threatening to lie about him publicly in any and every possible duplicitous way if he didn’t agree to her terms.”

Heard filed for divorce from Depp on May 25 after 15 months of marriage, and just days after the death of his mother.

She then applied to a court for US$50,000 a month in spousal support, US$125,000 in legal fees, the deed to their LA penthouse, a Range Rover and custody of the couple’s Yorkshire terriers (which sparked the infamous quarantine scandal in Australia).

After a judge denied this claim, Heard filed for a temporary restraining order, accusing Depp of domestic violence. She submitted submitting photos to court of a bruise on the side of her face she alleged he caused. She also claimed Depp was “physically and emotionally abusive” throughout their relationship, as well as jealous and overprotective.

Stanhope wrote that Depp predicted these allegations the night of the argument.

“He still pronounced his love for Amber but was presciently aware that she was going to pull off some kind of ruse to f*** him over.

“Abusing women is bulls***. Johnny doesn’t abuse anyone. And he told me that day ahead of time that she’d pull some kind of s*** like this.

The couple reportedly did not sign a prenuptial agreement before their wedding. If the divorce proceedings are negotiated under Californian state law, Heard could receive at least US$20 million, according to legal experts cited by Page Six.

Amid the furore stemming from Heard’s accusations, it also emerged on Monday (AEST) that Depp’s latest film has flopped on opening at the box office.

Alice Through the Looking Glass opened the day before Heard was granted the restraining order.

Experts told Hollywood Reporter the poor performance was down to the movie’s poor reviews.

However they also admitted if its box office takings did not improve, the revelations surrounding Depp’s controversial personal life could be blamed.

Its box office forecast was now similarly dire as its opening performance.

Depp stared in Alice Through the Looking Glass – the sequel to Tim Burton’s Alice in Wonderland (2010) – by reprising his role as the Mad Hatter.