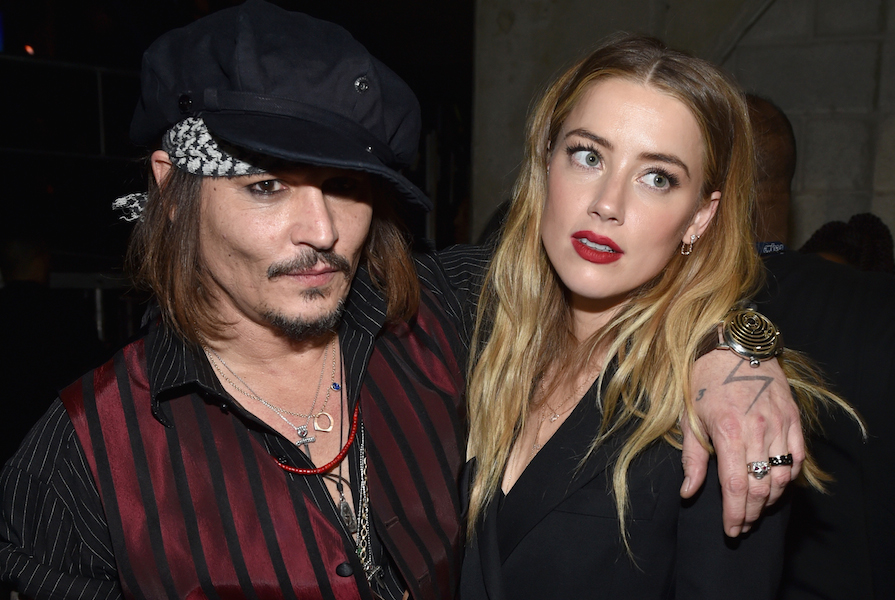 Amber Heard has been granted a temporary domestic violence restraining order against husband Johnny Depp, claiming he verbally and physically abused her throughout their marriage.

“During the entirety of our relationship, Johnny has been verbally and physically abusive to me,” the actress said in a sworn statement on Saturday (Friday US time).

She added that she felt scared of her husband’s temper and claimed he had a “totally acknowledged public and private history of drug and alcohol abuse”.

Court documents filed on Saturday allege Depp “violently attacked” Heard in their penthouse apartment on May 21, the day before Heard filed for divorce. In her filing, Heard accused her husband of “obsessing over something that wasn’t true”.

According to Heard’s filing, Depp allegedly threw a phone at Heard and “continued screaming at me, pulling my hair, striking me and violently grabbing my face”.

An attorney for Depp filed a response claiming Heard was attempting to force resolution in the divorce by alleging domestic violence.

Photos submitted to the court show Heard with a bruise on her face.

The 30-year-old actress also showed up at Los Angeles’ superior court with a bruise on her face and TMZ ran a photo of a bruised Heard allegedly taken on the night of May 21.

The Los Angeles Police Department said it investigated Heard’s claim on May 21 but found no evidence of crime.

“The person reporting the crime did not insist on a report and no report was warranted. There was no evidence of any crime. A crime did not occur so the officers left the scene and left a business card.”

Sgt. Marrache said the LAPD was unsure who made the call.

According to TMZ, LA Superior Court Judge Carl Moor rejected Heard’s request for spousal support but granted her the right to live in the family home. However, Mr Moor declined to order Depp into anger management.

Heard filed for divorce from Depp on May 22, citing irreconcilable differences.

In a statement released on Friday, a representative for the actor said Depp was grieving the loss of his mother.

“Given the brevity of this marriage and the most recent and tragic loss of his mother, Johnny will not respond to any of the salacious false stories, gossip, misinformation and lies about his personal life,” the statement said.

“Hopefully the dissolution of this short marriage will be resolved quickly.”

According to Heard’s filing, she and Depp separated on May 20 – two days after Palmer’s passing.

According to court papers, the estranged couple did not agree on the day they officially separated. Heard claims it was May 22, while Depp said it was “to be determined”.

On May 23, Depp appeared on the red carpet of the film’s Los Angeles premiere, sporting sunglasses and obliging photographers shouting at him to “smile Johnny”.

Depp, who is worth an estimated US$400 million, and Heard did not sign a pre-nuptial agreement.

Depp denied Heard’s requests for spousal support and for him to pay her legal fees as well his own.

The restraining order will be reviewed on June 17. Until then, Depp is banned from coming within 91 metres of Heard.