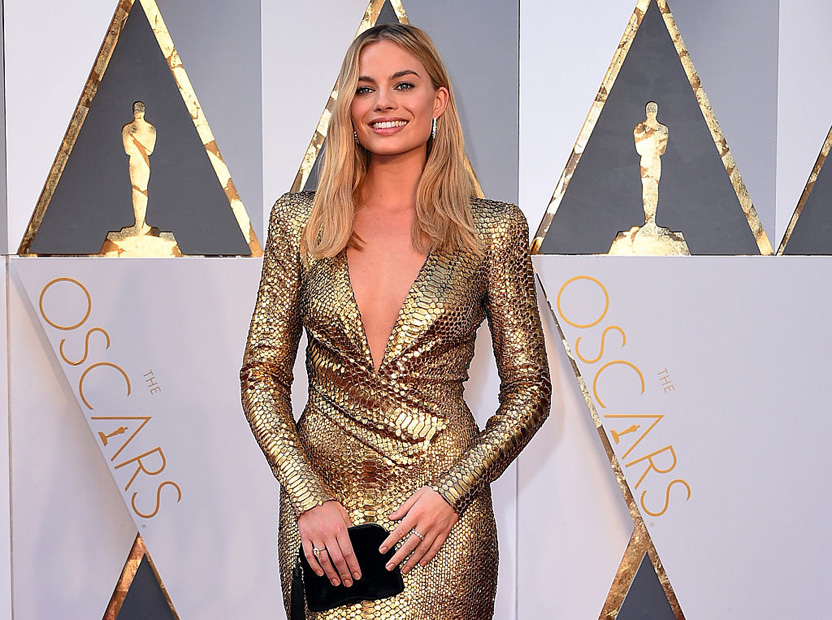 Smouldering Aussie star Margot Robbie has officially cemented herself as one of Hollywood’s most bankable stars by reportedly scoring her own superhero movie.

Upcoming DC Entertainment film Suicide Squad features a slew of stars, but Robbie has been the name on everybody’s lips – so much so that the film has reportedly been edited to feature more of her character: the ice-blonde, pigtailed Harley Quinn.

Bigger still, the Hollywood Reporter says Robbie is in talks with Warner Bros to produce and star in an all-female superhero movie featuring Quinn and a host of other female characters.

The former Neighbours starlet, whose meteoric rise began with Martin Scorsese’s 2013 hit The Wolf of Wall Street, can also add a lucrative beauty contract to her list of achievements, after being recently announced as the face of Calvin Klein’s Euphoria perfume.

Robbie also has not one, but two blockbusters set for release in the coming months, starring in Suicide Squad before appearing as Jane to Alexander Skarsgard’s Tarzan in The Legend of Tarzan.

Meanwhile, her contract with iconic American designer Klein proves she has not only the face but the likability to sell products. Previous campaign faces for Calvin Klein perfumes have included starlets Scarlett Johansson, Rooney Mara and Diane Kruger.

Robbie has found herself in an elite group of Australian actors like Hugh Jackman, Chris Hemsworth and Cate Blanchett in record time.

A former agent of Robbie’s told The New Daily the beautiful blonde was always going to be bigger than Neighbours: it was just a matter of time. ‘A lot of people come back’

Darren Ayre, manager of international talent at VIP Entertainment, represented Robbie during her Neighbours days and remembers her as having the talent to crack Hollywood.

“People don’t realise the amount of hard work there is in even just getting a small part in the US,” he told The New Daily.

“I know quite a number who’ve gone over there with the expectation of being the next Naomi Watts or Cate Blanchett.

“They think because they’re popular here that they’ll go well over there. But they end up coming back and trying to get onto their old TV shows.”

Mr Ayre said Robbie’s talent and work ethic were her most valuable assets, but that her personality was an undeniable part of her star factor.

“She just gets along with everyone and is willing to speak to everyone,” he said.

According to the talent agent, Robbie’s ability to appeal to such a broad range of demographics was what made her so bankable in the US. Not to mention the 25-year-old’s vampish, old-Hollywood looks.

“There’s no doubting that she’s a stunning lady to look at, too.”