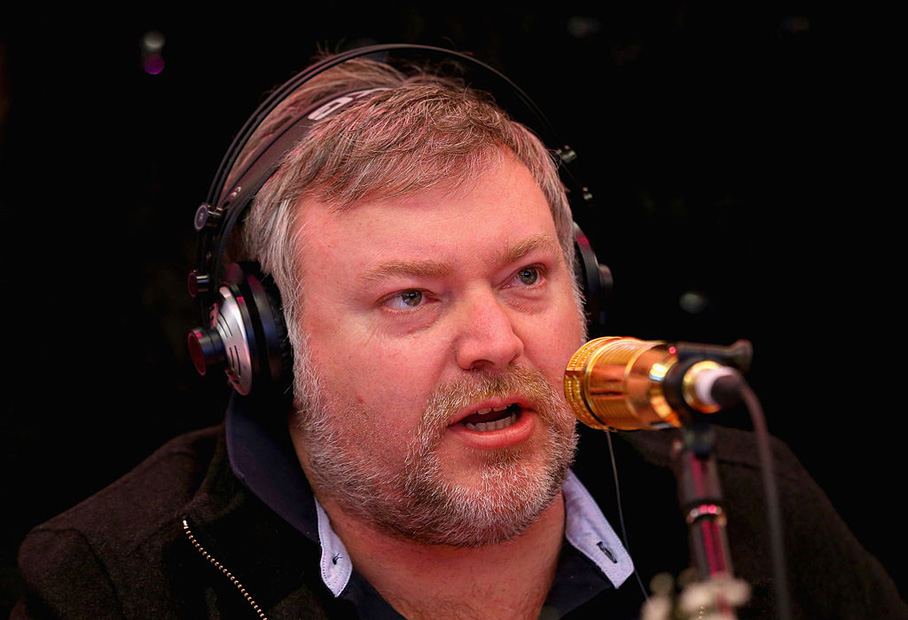 Bad boy radio host Kyle Sandilands has described how his father’s death has impacted his physical health, even causing him to “projectile vomit” for hours on end.

In an interview with a Mamamia podcast, the KIIS FM host revealed he had been often unable to work in the weeks following his father’s death from cancer.

“There is the high blood pressure, I do suffer migraines and I probably put myself into some stupid emotional state where I start projectile vomiting for eight-hours and then it’s very hard to come in,” he said.

Sandilands had a famously fractured relationship with his father, who he alleges was an alcoholic and physically abusive to his mother.

The host revealed in the past he spent at least a year living on the streets to avoid living with his parents, later saying he regretted being too stubborn to come home.

However, the father and son rekindled their relationship in recent years – something Sandilands said he wishes had happened earlier.

“It’s not until he’s gone, that you’re like ‘Oh, I wasted all those years’, being angry about something that we should have probably talked about much, much earlier.”

Sandilands also said the reason he doesn’t touch alcohol is his fear he could turn out like his father, describing alcohol abuse as “the devil”.

The host also told of his struggle to maintain a healthy relationship with sex in the past; often using it as a way to deal with heartbreak.

The controversial media personality also addressed his reputation for getting into altercations with journalists, saying he is only ever in defence mode.