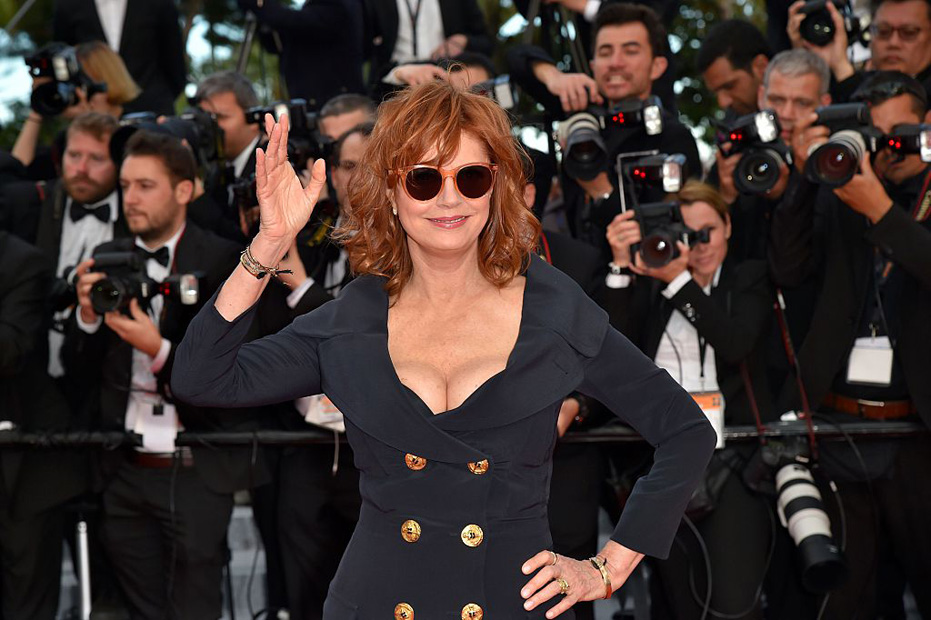 Thelma and Louise star Susan Sarandon may have spent four decades in the mainstream film industry, but her aspirations are decidedly more underground.

The veteran actress and producer has told The Times she’s thinking about directing pornography in her 80s.

In Cannes this week for the world-famous film festival, Sarandon has told the paper she believes female directors are better at realistically portraying the reasons people have sex.

• Guy Pearce’s character should have been a woman
• Robbie’s new move “callous, unfunny”
• The tragedy that tainted the new Jungle Book movie

“I haven’t watched enough to know what the problems are. Most pornography is brutal and doesn’t look pleasurable from a female point of view. So I’ve been saying when I no longer want to act, I want to do that.”

Sarandon used the example of her 1983 film The Hunger, in which she played French actress Catherine Deneuve’s lesbian lover.

“It was Tony Scott’s first film and I intervened in the script,” she said, recalling that she had argued her character shouldn’t need to be drunk in order to get into bed with Deneuve.

“What makes a sex act really interesting is how that first touch happens, how that first kiss comes, so in The Hunger, Tony allowed me to come up with an idea about the T-shirt and then the kiss,” Susan added.

“Those moments need to be looked at.”