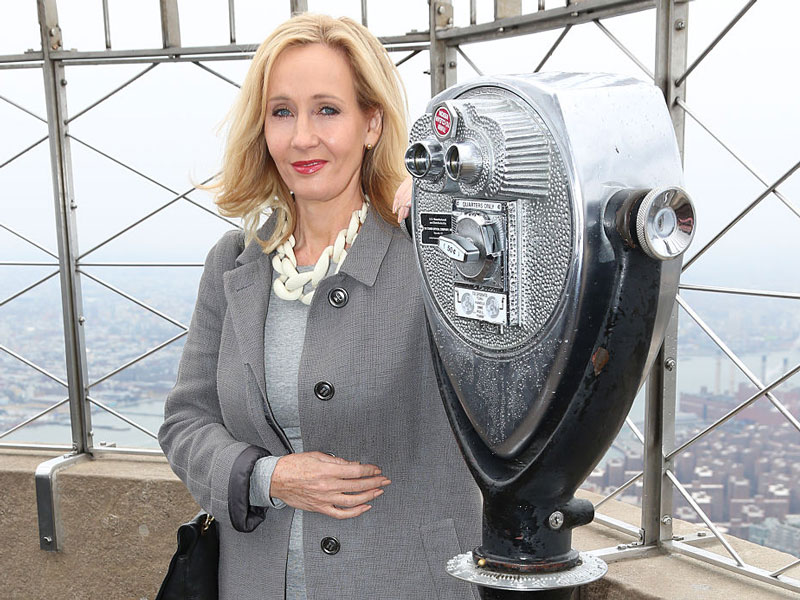 Harry Potter author JK Rowling has defended the right of US presidential hopeful Donald Trump to say “offensive” things, after just last year describing him as worse than her fictional villain Voldemort.

The best-selling author said the Republican party’s presumptive candidate had every right to be “bigoted”.

Speaking at the annual PEN Literary Gala and Free Expression Awards in New York, Rowling said Trump had her “full support” to visit the United Kingdom, despite calls to block his arrival.

“Only last year, we saw an online petition to ban Donald Trump from entry in the U.K. It garnered half a million signatures,” she told the audience at the American Museum of Natural History.

“Now I find almost everything that Mr Trump says objectionable. I consider him offensive and bigoted.

“But he has my full support to come to my country and be offensive and bigoted there.

The petition followed calls from Trump for a “total and complete shutdown of Muslims entering the United States”.

He used the UK as an example, claiming there were parts of London that were “so radicalised the police were afraid for their lives”.

Trump was compared by Rowling’s fans to her fictional villain, Voldemort. She responded with her own commentary.

How horrible. Voldemort was nowhere near as bad. https://t.co/hFO0XmOpPH

Rowling said individuals should not be banned from expressing extreme points of view.

She said there was an “intolerance of alternative viewpoints” in “many developed countries” and that it was vital to respect freedom of speech.

“The tides of populism and nationalism currently sweeping many developed countries have been accompanied by demands that unwelcome and inconvenient voices be removed from public discourse,” she said.

To conclude, Rowling – whose books have been banned, the target of bomb threats and criticised for “trying to convert children to Satanism” – said to deny people their freedom of speech on the basis that it has caused offence, was deeply wrong.

“If my offended feelings can justify a travel ban on Donald Trump, I have no moral grounds on which to argue that those offended by feminism or the fight for transgender rights, or universal suffrage, should not oppress campaigners for those causes.

“If you seek the removal of freedoms simply on the grounds that they have offended you, you have crossed the line to stand among tyrants who imprison, torture and kill on exactly the same justification.”