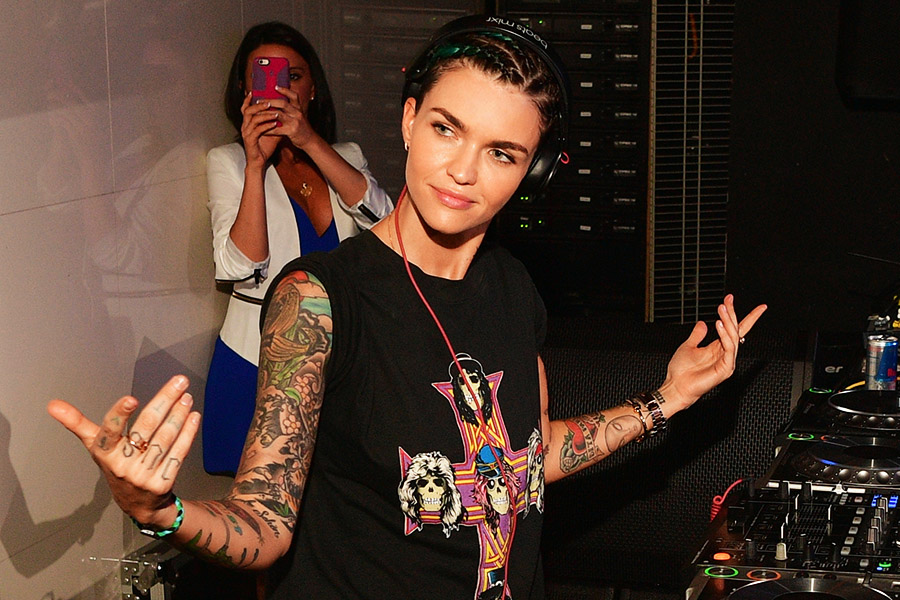 Australian actress Ruby Rose has been forced to explain why she threw hot chips at a waiter in New Orleans during an ugly dining incident.

Rose, who stars in hit show Orange is the New Black, took to social media to blast whom she described as a “socially ignorant” waiter.

“We waited 60 minutes for fries and over 90 minutes for food that never actually arrived. When I asked about it, the bartender offered us drinks. I explained I’m sober, but thank you,” wrote Rose to her 4.5 million Facebook fans.

“He then made some really rude and vulgar comments to the table. When someone makes repeated derogatory jokes about the sobriety I worked so hard to achieve, it’s hard not to react emotionally. So I threw a singular fry at him. Then he came back as we were getting ready to leave and continued making awful comments, so I continued with the fries.”

Rose said she was “regretful” over the incident, but did not explicity apologise for throwing food at the waiter in question.

According to the DJ and actress, the waiter suggested she “call [her] f****** sponsor”.

The post has received 24,000 likes on Facebook and thousands of comments, many of which question Rose’s version of events.

“I’m also a server and I’m huge fan of yours but I find your story hard believe … throwing food at someone is lame,” wrote on user.

Rose continued to defend her actions in a number of replies to commenters.

The owner of the restaurant said Rose was the first person he had ever kicked out of his restaurant.

“She was having like a tantrum. She was awful,” he told local news site Nola.com. “She was a horrible person.”

A woman claiming to work in the restaurant also commented, saying Rose had been rude to a number of employees.

Today I’m eating fries in Chi-town. But yesterday was a FRY-tful night and I don’t usually respond to nasty articles but it hurt my heart to think people would ever think I’d be rude to a server… So for the full story please read it here https://www.facebook.com/RubyRose/posts/10153570623966074 I know the link isn’t clickable but it’s on my Facebook.. 😑🍟🍟🍟