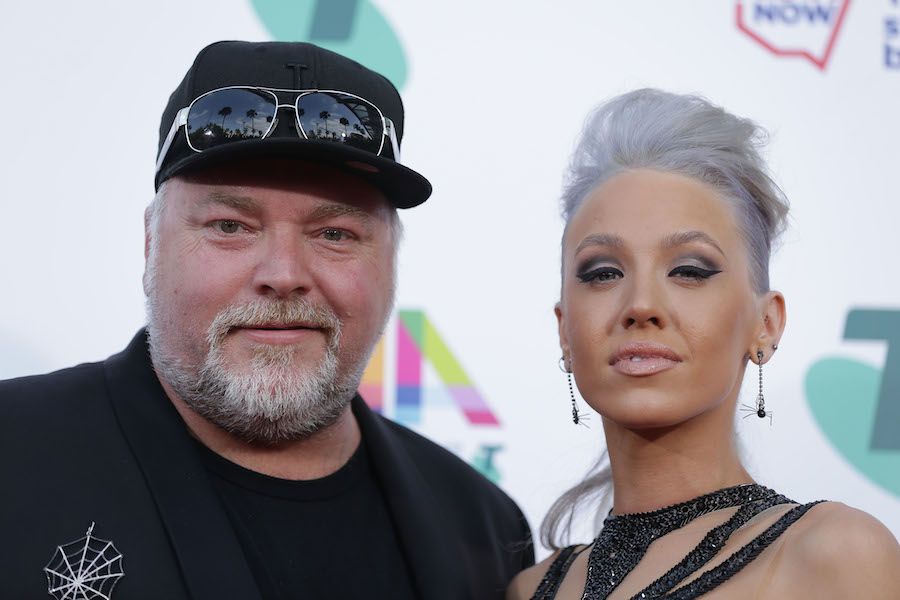 Radio shock jock Kyle Sandilands has admitted he is struggling to cope with his father’s death in response to reports surrounding his recent absences from his popular KIIS FM show.

A news.com.au article published on Wednesday accused KIIS FM of recycling old material in the breakfast time slot after Kyle called in sick at the last minute.

The article specifically took issue with the fact listeners were not explicitly told the show would be a “best of” instalment rather than featuring fresh content.

• What does the success of Kyle Sandilands say about us?
• Rove’s latest project is struggling to win fans
• ‘Q&A battler got me addicted to drugs’: son

On Thursday morning, Kyle slammed the outlet for “trying to make us look like f***ing a***holes”.

“I wasn’t here yesterday and we had to do some replays, but I’m sick and tired of reading things in the newspaper, outright lies,” Sandilands said.

“Over the past few weeks I have had a couple of days off, I haven’t been feeling that well and it goes on and off, some days good, some days not good.

“But the truth is I think I’m still finding it hard to deal with the death of my dad. I just wanted to keep it private but I’ve got to put it out there now because I don’t want all the doom and gloom and everyone worried and people making up stories.

“It’s tough when you read things online, you know – online writers at news.com.au start accusing us of tricking listeners.

“I got a little bit annoyed and I thought hang on, don’t be ashamed for actually missing your father.”

Sandilands’ father passed away in March after a battle with bowel and liver cancer.

The 44-year-old announced his father’s passing live on air just one day after his death.

“The doctors said he would probably pass away during that week I wasn’t going to be in the country. I went up [to Brisbane], spoke to him — my brother and I had a nice visit,” he said.

“I said to him, ‘Don’t you die while I’m away, it’d ruin the trip!’ He was laughing, but he was suffering greatly.

“When I arrived home yesterday, I sent a text to a few friends — including Dad — saying, ‘I’m back bitches, I’m back in the country,’ — then he died 10 minutes later.”

A follow-up news.com.au story contended that the original coverage hadn’t taken issue with Sandilands’ absence but rather the recycling of content without notice.

Watch Kyle break the news of his father’s death on air: