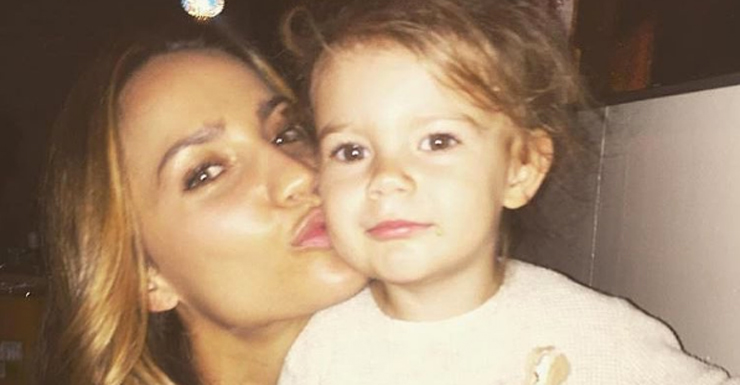 Australian model Rachael Finch has hit out at critics of her unorthodox mothering style, which involves weekends away from her young daughter.

In an interview published on Sunday, the 28-year-old former Miss Universe Australia said her daughter Violet, 2, spends from Friday afternoon to Sunday morning each week with her husband’s mother.

The unusual parenting style angered some of the article’s readers and elsewhere on the internet, prompting Finch to retort that it was none of their business.

“A Mother should never be made to feel they are not good enough for their child when they are doing everything they can to keep them safe, happy and loved. Only the parents of a child truly know what is best and should always have faith in their decisions,” the model posted on Instagram on Tuesday night, accompanied by a photo of her kissing Violet’s cheek.

“I value dearly the relationship Violet has with her Grandmother and I believe this is one of the most important and influential relationships growing up.  I work hard so that I can provide the best future for the amazing soul we have created. I won’t ever stop believing in her or the strength of the family unit.”

In the original article, Finch said she and her husband Michael Miziner relished the time to themselves – a comment that sparked the most criticism from readers.

“Every weekend [Violet] goes to Mish’s mum’s house, and we get our weekend to ourselves. I think that’s incredibly healthy for the relationship. And on Sunday, when we pick her up, we have 100 per cent energy back,” she told The Daily Telegraph.

One commenter named Bruce asked why the model chose to have a child at all. “Grandparents become de-facto parents like. ‘We need time to ourselves.’ Boo Hoo.”

Another reader, Colin, pointed out the parenting style would not be possible for many Australian mothers. “How about stories on REAL mothers not celebrities with easy access to any amount of carers and supporters to make it so easy for themselves to do whatever they want.”

Apart from being a mother, Finch is also a model, brand ambassador and TV personality. She was crowned Miss Universe Australia in 2009 and named third runner-up at the global Miss Universe competition the same year.

In the original interview, Finch also revealed that she hoped to have perhaps another two or three children. This was also criticised by some readers, who thought the couple may not have enough time to care for a larger family.

Her husband, Michael, is a professional dancer. The pair met on the set of Seven’s Dancing with the Stars.

Finch’s social media following was far more approving of her mothering. After the celebrity posted her retort, dozens of Instagram users commented below with encouragement.

“People will always be so quick to judge. Especially envious people,” said one. “Don’t listen to the haters,” said another.

A third said: “You shouldn’t have too [sic] defend yourself, you have a beautiful family and you’re lucky to have that support! You go girl.”

Rachael Finch hits back at ‘haters’ of her mothering style