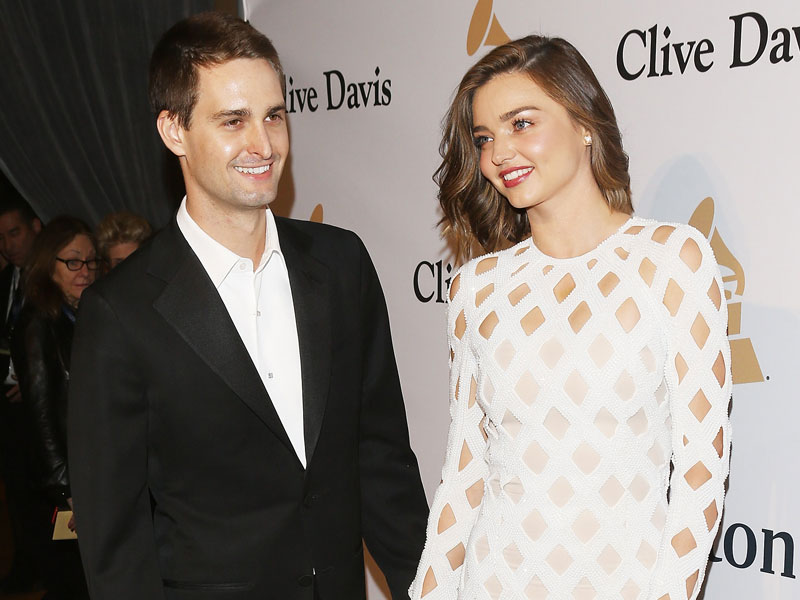 The seven-bedroom, eight-bathroom home in Brentwood, California was a steal at $US500,000 less than the asking price of $US12.5 million ($A17 million).

There would be plenty of room for Kerr’s five-year-old son Flynn to run around the almost 0.40-hectare block and the 666 square metre two-storey home.

The spectacular home was a “completely and beautifully restored and remodelled Gerard Colcord masterpiece”, according to realty website MLS.

That was one way to describe the immaculate mansion.

According to the realtor, there were views of the city lights and ocean from the traditionally-styled 1951 mansion and a two-storey entryway.

Like any good Hollywood home, it also has a pool and home gym.

Kerr, 33, and Spiegel, 25, announced their relationship in January, after seven months together.

She met the tech entrepreneur at a dinner for Louis Vuitton and went to a Kundalini yoga class in Santa Monica, California for their first date. Spiegel created the Snapchat image messaging app in 2012 while still at university.

Kerr told Net-a-Porter’s The Edit magazine she had taken their relationship to the next level by introducing Spiegel to Flynn, whose father is actor Orlando Bloom.

“We had to know the person for six months and feel good about them,” she said.

Bloom and Kerr divorced in 2013 after three years of marriage, but remain amicable. Bloom has moved on too – he is was reportedly romantically linked to singer Katy Perry.

The model said entertaining family and friends at home was one of her favourite ways to spend her time.

“I love entertaining at home – everything from BBQ lunches by the pool to dinner parties, and afternoon tea with girlfriends,” she told Fairfax Media in February.

“My home has been designed with entertaining in mind. I have friends drop by unexpectedly all the time. I love that … I think it’s what makes a house a home.”

And it was likely she could be found reclining at home with Spiegel on weekends.

Speaking with The Edit, she described him as “25, but he acts like he’s 50”, but that her new beau was “the best of both worlds”.

“He’s not out partying. He goes to work in Venice [Beach], he comes home. We don’t go out. We’d rather be at home and have dinner, go to bed early.”