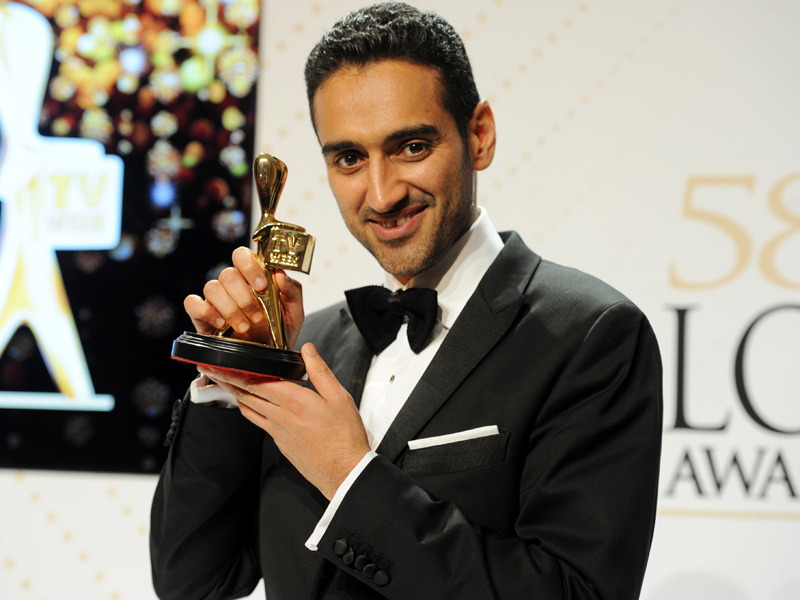 1. He was spokesperson and head of public affairs for the Islamic Council of Victoria. He is a Sunni Muslim.

2. Aly had a primary school radio show at Vermont Primary School. It aired while classmates were eating their lunch before being let out to play.

3. Aly once hosted his own show television show – Big Ideas on the ABC – which discussed and broadcast significant debates and lectures from around Australia.

4. His ‘Something we should talk about’ segment (which attacked Islamic State and negative gearing) on The Project is not all his work. They are co-written with The Project producer Tom Whitty.

5. His earliest television role was as a producer and panel member on Salam Café, a comedy talk show on Channel 31 and SBS. It gave voice to Australian-Muslim talent and won community television awards.

6. Aly is lead guitarist and songwriter of Melbourne rock band Robot Child. The band released its debut album One More War in June 2014.

7. The band wowed the 2015 Walkley Awards’ crowd with a cover of Pink Floyd’s Comfortably Numb. Aly surprised with his expert guitar solo.

8. Aly has been the mascot for AFL side Richmond Tigers. The Richmond tragic revealed to Andrew Denton’s Enough Rope that he filled in for his friend, who was the mascot, in 2001. His friend had to go to a wedding so Aly filled the role.

9. Aly was inspired to begin religious preaching after visiting his family’s home country Egypt at the age of 20. The trip helped him “arrive at a new level of religious consciousness”, and not avoid his faith like he sometimes had in Australia.

10. Aly was rejected by his now-wife Susan Carland when he first asked her out. Carland told Enough Rope she told Aly: “I wouldn’t marry you if you were the last person on earth.”

11. He grew up in outer eastern Melbourne suburb, Vermont. His immigrant parents sent him to the exclusive Wesley College and encouraged him to play cricket and football so he would not feel like an outcast. He has an older brother, Ahmad.

12. He had concerns about joining The Project. Aly told News Corp he loved his ABC radio role and that he was unsure of the skills he could bring to The Project.

14. He loved playing cricket. Aly consoled himself with the fact that if he never made the Australian cricket team he could one day captain Egypt. He described being good at sport “as [his] social capital” while growing up as ethnic in a very white town.

16. On the same program, Aly revealed he is a music nerd, especially for Queen. In year 12 he wrote a 4000-word analysis of the song Bohemian Rhapsody and then proceeded to near-perfectly answer a series of questions about the band from Zemiro.

17. He thinks Adelaide might be the most liveable city in Australia, despite living in Melbourne. He also admitted to Nazeem Hussain on his Burn Your Passport podcast that he’d “rather live in Melbourne” but that Adelaide “was really taking off”.

18. He got his opinion writing breakthrough via The Age journalist Martin Flanagan. The pair became friends after Flanagan unwittingly wrote about Aly. Aly was at Richmond training on the day of September 11 with his hijab-wearing sister-in-law and her two kids. Flanagan was also present. Flanagan wrote about how the Muslim quartet were “just another Richmond family”, in a piece following the attacks to describe sports normality as crucial after a tragedy. Aly saw the article, noticed he was mentioned and contacted Flanagan to identify himself. He told Flanagan he was interested in journalism and it led to an opinion piece being published.

19. Despite this break he was later rejected as a cadet for The Age when he failed to sit the final exam because it was on AFL Grand Final day.

20. Aly participated in Kevin Rudd’s infamous “Australia 2020 Summit” in 2008. Aly was involved in a discussion relating to “Australia’s future security and prosperity in a rapidly changing region and world”.