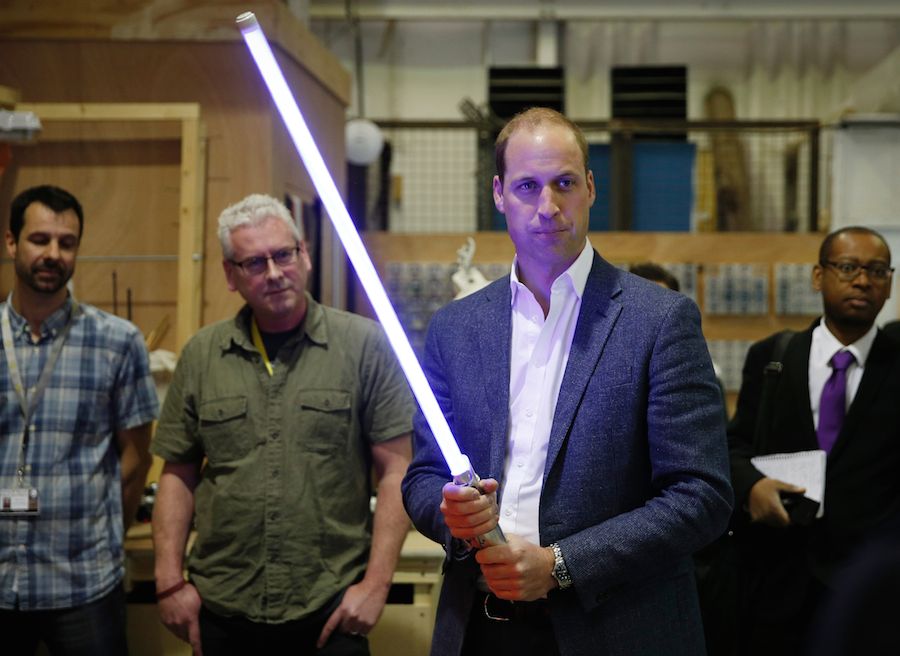 When the next blockbuster Star Wars movie hits cinemas in December 2017, keep your eyes peeled for the British royal family.

Prince William and Prince Harry were lucky enough to visit the top-secret set of the new film at Pinewood Studios in the UK last week.

But according to a source quoted on the Mail Online, the pair did more than just mingle with Chewbacca and stars Daisy Ridley and John Boyega.

After they shook hands with Luke Skywalker (aka actor Mark Hammill) and trialled some lightsabers, the set was reportedly cleared leaving only the two royals and key cast and crew.

It was then that the duo were told to suit up and get into character – as two Stormtroopers.

“The line given was that they were going to have lunch and a private tour of the rest of the set,” the source told Mail Online.

“What really happened is that the director came over and told them it was time to ‘get suited’ and off they went to the wardrobe department.

“The Princes dressed up in full Stormtrooper gear and filmed a scene in which Rey and Finn infiltrate a secret base. The rebel characters are in a lift with Benicia del Toro’s character when a group of Stormtroopers enter – two of whom are William and Harry.”

Thanks to its large white helmet and thick body armour, the Stormtrooper costume allows for complete anonymity, inspiring some famous faces to fly under the radar.

He had four lines of dialogue and his character was named JB – 007, a nod to his most iconic role.