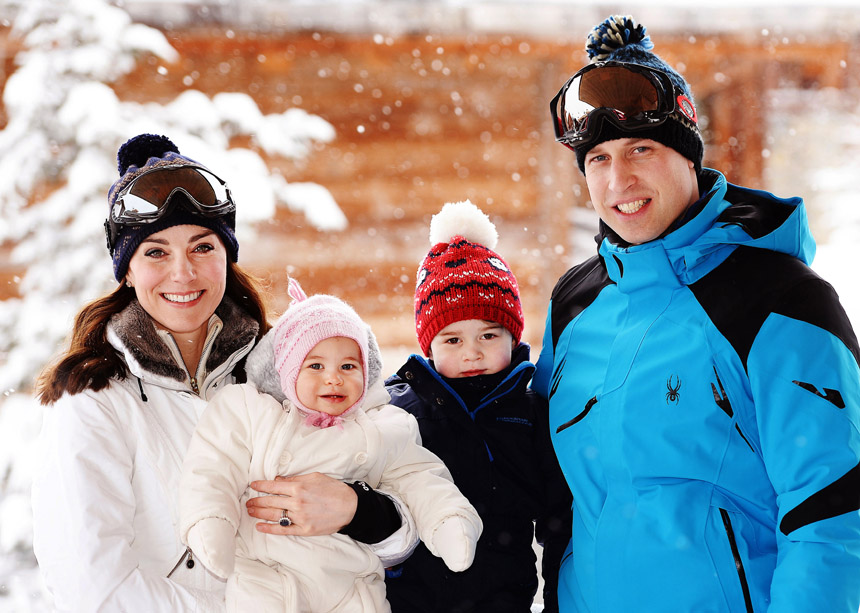 Royal sweethearts William and Kate have shared adorable family photos of their most recent trip to the French Alps.

The holiday was both Prince George and baby Charlotte’s first time at the snow, with their two children tightly rugged up in ski gear and beanies.

The Press Association’s royal photographer John Stillwell took the playful images, which showed Kate winning a snowball fight against William, and Princess Charlotte beaming at the camera from under a pink hat.

“This was their first holiday as a family of four and the first time either of the children had played in the snow,” a Kensington Palace spokesman said of the images.

“It was very special and fun short holiday for the family, and they are grateful that John Stillwell was able to capture the moment so well. The duke and duchess hope people enjoy the photos.”

Both Kate and William are experienced skiers, and went on skiing holidays together before they got married.

Prince William and his younger brother Harry were taken on family ski trips when they were young boys, and first saw proper snow in 1992 when their mother Princess Diana took them to Austria.

The royals were believed to be holidaying in the French mountain village of Courchevel – a popular tourist spot for the famous and wealthy.

David and Victoria Beckham were known to frequent the Les Trois Vallées ski region, as was French beauty Brigitte Bardot.

The palace continues to be extremely private with the information and images it releases of the royal family, which no longer holds any public photo calls for press.

The family has instead taken to releasing its own photos straight to the press, often (in a very modern move) via Kensington Palace’s official Instagram page.