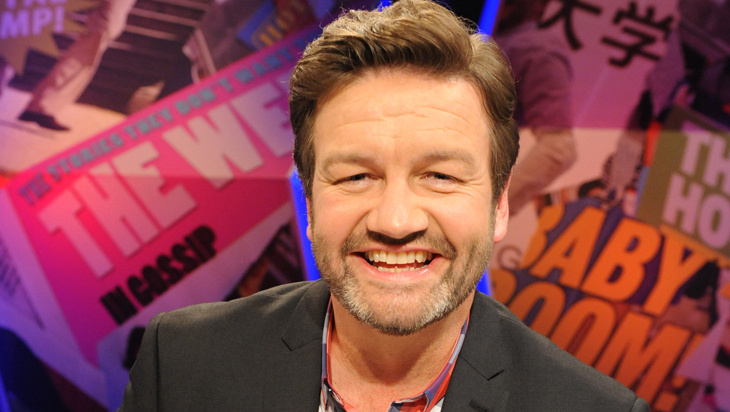 An Adelaide journalist has copped an almighty Twitter spray from comedian Lawrence Mooney.

Mooney, who is currently performing at the Adelaide Fringe Festival – the kickoff to Australia’s annual comedy circuit – left Twitter users shocked with his vitriolic attack on Adelaide Advertiser journalist Isabella Fowler after she wrote what he deemed to be a bad review.

“What is the difference between ‘just a funny guy’ and a comedian?” opened Ms Fowler’s short piece in the Advertiser on Sunday.

“This is what I am left wondering after an hour at Rhino Room with Lawrence Mooney.”

Ms Fowler went on to argue that while Mooney has an “undeniably natural demeanour and commanding stage presence”, he is just “a funny guy under a spotlight”.

Mooney, who was a regular on TV show Spicks and Specks and won Best Comedy at the Melbourne Fringe Festival in 2011, launched a scathing attack on the young journalist, whose LinkedIn account describes her as a reporter for The Advertiser Real Estate and Sunday Mail Home.

“Are you deaf or just an idiot?” demanded Mooney in a tweet.

“You did hear people laughing hard for an hour didn’t you? Best you stick to real estate and food.

“Your review is a piece of shit, your journalism is worse and your hundred word thesis on the difference between … sweet Jesus.”

At first, Ms Fowler responded with a simple “Let’s just be friends,” before asking Mooney to calm down.

“Hope attacking me over twitter makes you feel like a big man. Soz [sorry] I didn’t like your show. Now let’s all calm the f*** down,” Ms Fowler responded to Mooney’s initial tweets.

But the attack didn’t stop there, with Mooney next suggesting he was going to “hang” Ms Fowler with her own review.

“Don’t play victim deadshit you wrote the piece of crap so I’m going to hang it around your neck.”

While a number of Twitter users warned Mooney to curb his rage, fellow comedian and radio host Kate Langbroek commended his outburst, suggesting the pair would end up having sex “if this were a Mills and Boon novel”.

“By the way, Lawrence is one of the funniest people ever,” Langbroek finished.

Are you deaf or an idiot? You did hear people laughing hard for an hour didn’t you @BellaFowler93
Best you stick to real estate and food.

Please @BellaFowler93 why did you come to my show? Do you know my work? Or did you think it’d be cool to write a review. *giggle*

Hmm that feels so much better. Good night folks. @BellaFowler93 you do realise you wrote the word profanity in a Stand Up review? #nong — Lawrence Mooney (@lawrencemooney) February 14, 2016

@lawrencemooney @BellaFowler93 a pathetic and embarrassing reaction to opinion from a grown man.

Lawrence Mooney wants everybody to know that Australian comedy is a safe space for men and young women shouldn’t criticise him. — Mark Fletcher (@clothedvillainy) February 14, 2016