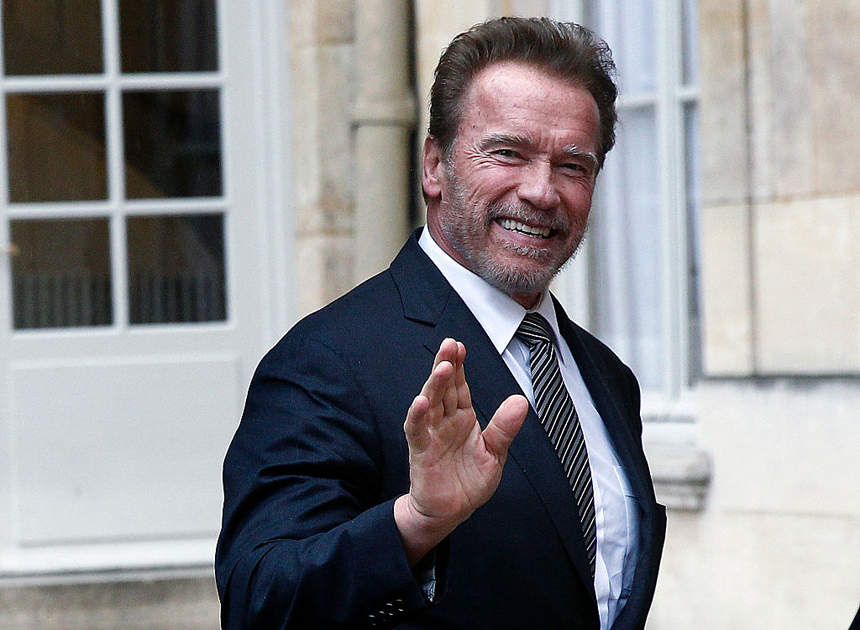 Arnold Schwarzenegger has delighted fans with a video in which he reprises one of his most famous roles.

The actor, whose Snapchat username is ArnoldSchnitzel, posted the selfie video of himself on top of a building in California.

In the video, Arnie focuses on a helicopter happening to fly behind him and spontaneously yells “Get to the chopper!” Schwarzenegger made the line famous in the 1987 science fiction blockbuster Predator.

The video quickly went viral, with a YouTube rip racking up 400,000 views in a day.

The clip is titled ‘The Single Greatest Snapchat of All Time, Thank You Mr. Arnold Schwarzenegger’.

Schwarzenegger, who was affectionately known as ‘The Governator’ during his time as governor of California, is known for his funny social media presence.

The actor and politician recently posted an image of him imitating the underbite of a dog he was dog-sitting, and Snapchatted himself covered in cash emojis.

Schwarzenegger endeared himself to the Australian public when he was spied riding a pushbike through the streets of Melbourne’s CBD – until policemen pulled him up for not wearing a helmet.

There’s more where that came from on my @Snapchat: ArnoldSchnitzel.