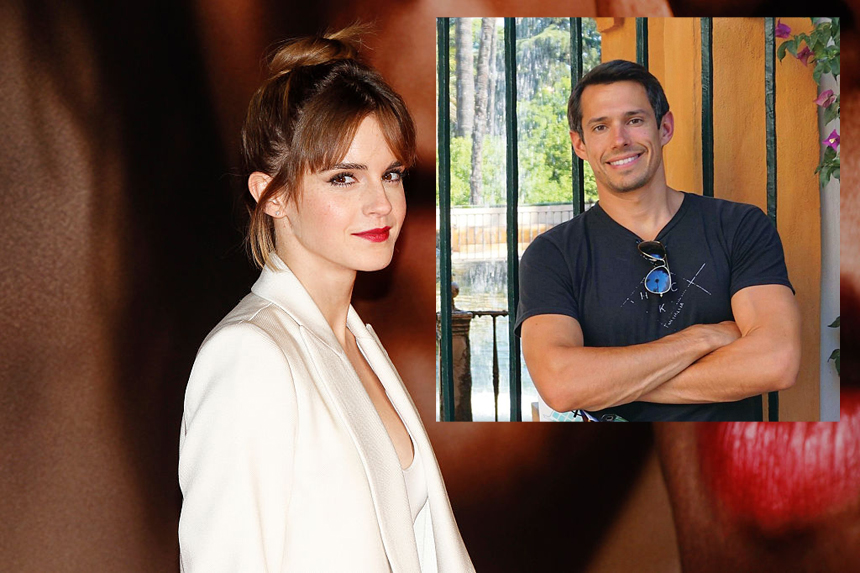 She hasn’t been linked to anyone since her breakup with rugby player Matthew Jenney in 2014, but reports say Emma Watson has a new boyfriend.

American tech guru William Knight is said to be the new object of her affections, apparently even flying in from the US to spend New Years with her in Oxford.

Knight, who works as a manager at software firm Medallia, describes himself as a ‘tech and business entrepreneur’ and is an avid adventurer and hiker.

According to The Sun, the pair recently spent a week together in California staying at the luxurious Post Ranch Inn fit with an infinity pool and romantic meals.

Knight, also known as ‘Mack’, is a Princeton University graduate who went on to get his MBA from Columbia Business School in New York.

His Instagram reportedly reveals that he’s a fan of being in the great outdoors, Tough Mudder competitions and  running marathons.

Despite the 10 year age gap (Watson is 25), the actress has previously said growing up around adults on the Harry Potter set made her feel beyond her years.

The pair was spotted together for the first time last October leaving Broadway musical Hamilton.

Since wrapping up the Harry Potter films Watson has concentrated on earning her bachelor’s degree in English Literature from Oxford and Brown, while also nabbing modelling contracts with Burberry and Lancôme and in 2014 was announced UN Woman Goodwill Ambassador.