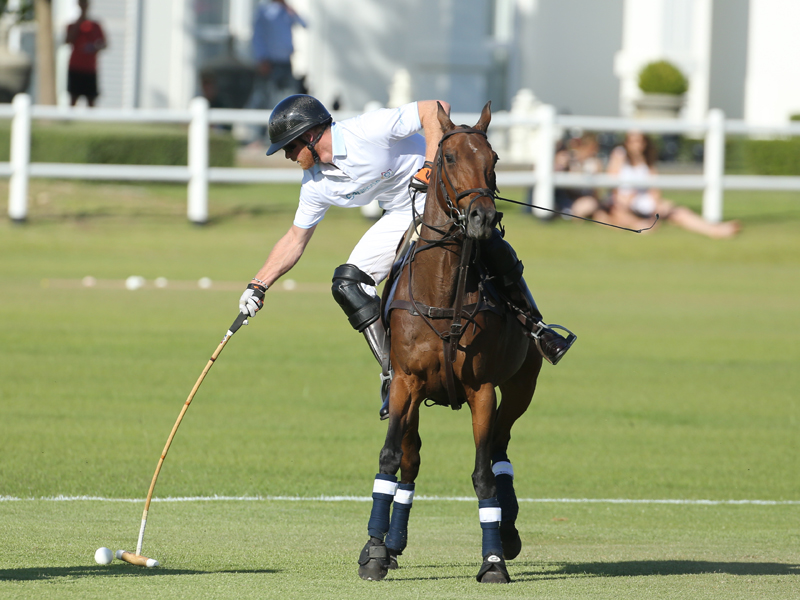 Prince Harry has had a dramatic fall from his polo pony as he played in a South African fundraising match – then lost his seating a second time as the event came to an end.

Harry’s first tumble saw him fly over the top of his animal’s head as he captained a team in the event staged near Cape Town.

The prince had pulled his pony up but it appeared to stop more suddenly then he expected and he fell head first at the ground but put his hands out to break his fall.

He was left on his knees and looked around as he got up apparently unhurt and play was stopped for a few moments as he changed ponies.

As the match, staged in aid of Harry’s charity Sentebale, came to an end, he fell to the ground again, this time tumbling between two other players.

Harry is an accomplished polo player like his father, the Prince of Wales, and grandfather the Duke of Edinburgh, and regularly plays in competitive and charity matches.

The royal first staged a fundraising polo match in aid of Sentebale in 2010 and the event, which has been staged in the UK, America, Brazil, Barbados and Abu Dhabi, has raised more than STG3 million ($A6.26 million).

The prince fell in the inaugural polo match in aid of his charity staged in Barbados and, like this occasion, escaped unhurt.

Sentebale works to help the impoverished youngsters of Lesotho.

The prince told backers of the match that their support is “vital” in helping vulnerable children who have lost their parents to Aids.