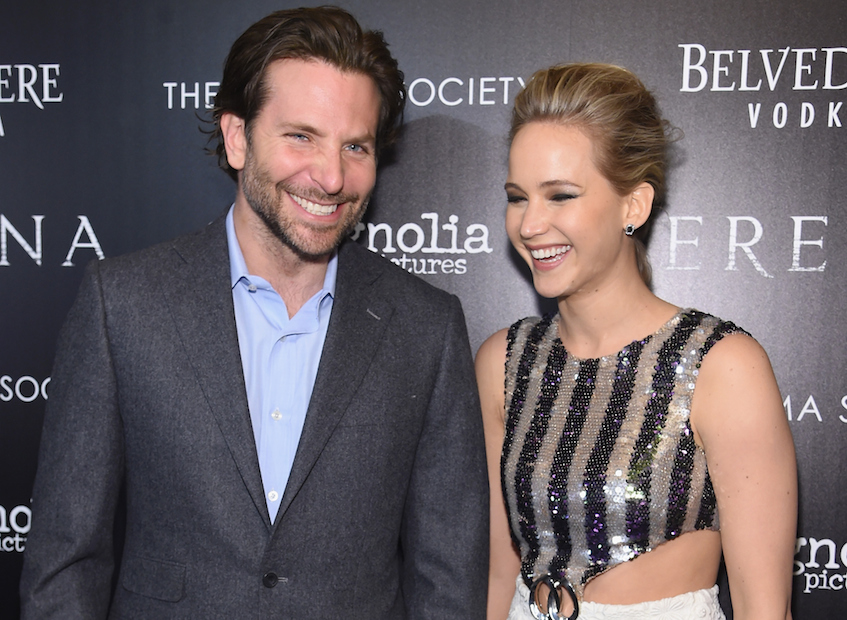 There has been plenty of speculation in the media, but Bradley Cooper has insisted he would “never” sleep with friend and co-star Jennifer Lawrence.

In an interview with Howard Stern on Wednesday, Stern asked Cooper if the pair were ever going to sleep together.

When Stern asked whether their 15-year age gap had anything to do with it, Cooper denied that age was the issue.

“I said that once on a red carpet just as a defuse thing and then it became a thing, because the girl I was seeing was as young as she was,” he said, referring to ex-girlfriend Suki Waterhouse, who is 23. Lawrence is 25.

“It just didn’t happen,” Cooper explained of their purely platonic relationship. “It’s not the way we are together.”

Cooper and Lawrence have starred in four films together over the last three years: Silver Linings Playbook, American Hustle, Serena and the upcoming Joy.

You can see the trailer for Joy below.

‘I would never sleep with Jennifer Lawrence’