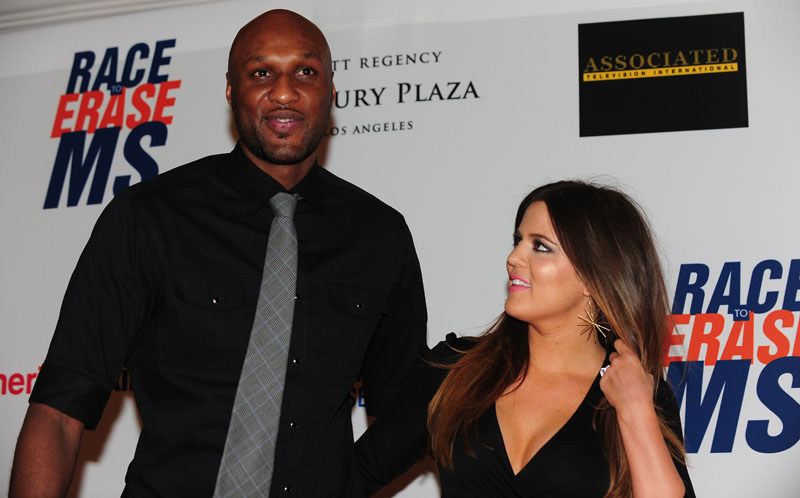 Khloe Kardashian has spoken publicly for the first time since her husband Lamar Odom overdosed at a brothel last week.

Ex-NBA star Odom was allegedly partying with prostitutes for three days at the Love Ranch in Pahrump, Nevada last week, when staff found him unresponsive.

Odom was rushed to Sunrise Hospital, where he was kept on life support for several days.

Despite separating at the end of 2013, Khloe Kardashian and Odom are still legally married, and the reality TV star has been at his side throughout the ordeal.

The Kardashian family suspended filming of its access-all-areas show during Odom’s hospitalisation, and while various members have posted old photos of Odom on social media and asked for prayers, the family has been uncharacteristically mum on the topic.

However, Khloe Kardashian took to her own website on Tuesday to briefly open up about the difficult time, and thank supporters and medical staff for their help.

“The past week has been incredibly difficult,” she wrote in the statement posted to her website.

“I am so thankful to family, friends, and fans, who have sent nothing but prayers and well wishes to Lamar.

“I also want to take a moment to thank everyone at Sunrise Hospital, including the amazing doctors and nurses for their kindness and diligent work.

“Under their amazing care, incredible strides have been made.

“You can never be prepared for an experience like this, but without the outpouring of love and endless prayers that Lamar has received and the strength I was given from my loved ones, it would have been difficult to endure.

“Thank you for your continued support. God is great!!!”

The basketball player was discharged from hospital on Tuesday and will receive further medical treatment for kidney failure at Cedars-Sinai Medical Centre, according to the New York Post.

Odom and Kardashian split in 2013 following allegations of drug addiction and infidelity on Odom’s part.