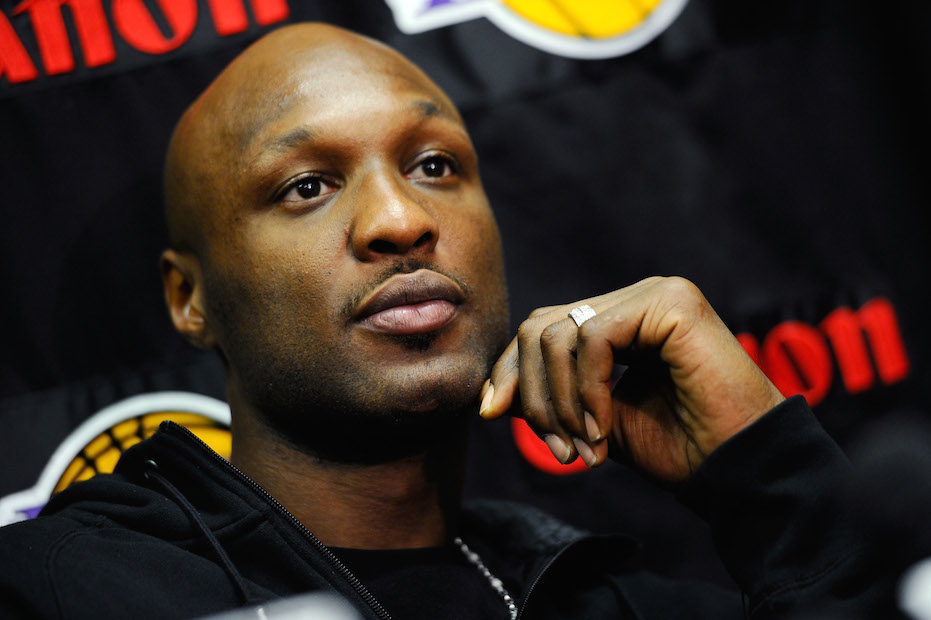 Lamar Odom is alert and his condition is improving after the former basketball star was found unconscious at a Nevada brothel a week ago.

Alvina Alston, publicist for Odom’s aunt JaNean Mercer, said the former reality-TV personality is undergoing testing, but there is no word yet on when he might be released from the hospital.

Odom is overcoming “insurmountable obstacles” and defying the odds, Mercer said in a statement.

“Each day Lamar is getting stronger and reaching significant milestones in his recovery,” Monday’s statement said.

According to his former coach Jim Harrick, Odom was also able to speak to his estranged wife Khloe Kardashian, who told him, “you know I love you”.

“Yesterday he took his breathing tube out himself … he spoke to her and said ‘good morning!'” Harrick told CNN.

“That woman is a rock. She’s the best thing that ever happened to Lamar Odom.”

Odom was found in critical condition at the Love Ranch brothel in the rural community of Crystal, Nevada, on October 13 and was admitted to hospital in Las Vegas. He regained consciousness and communicated for the first time on Friday.

The US Food and Drug Administration issued a warning in 2013 against one brand he took, Reload, after it was found to contain sildenafil, the active ingredient in prescription Viagra.

He also told at least one of the women that he had done cocaine, but the brothel says it did not see him take any drugs or find any there.

Odom’s family, including estranged wife Khloe Kardashian, rushed to Las Vegas to be by his side at the hospital. Friends, teammates and loved ones also have visited and posted requests for prayers on social media.