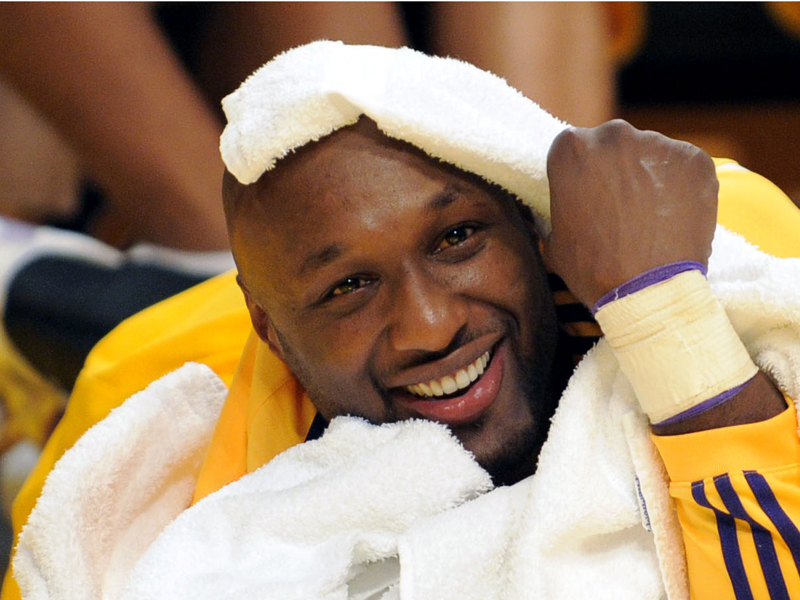 Lamar Odom’s family has declined to comment on his condition, a day after the former basketball star regained consciousness after being found in a critical condition at a Nevada brothel.

“He woke up, and he spoke,” Alston said.

Odom was found unconscious at the Love Ranch in Crystal, Nevada, on Tuesday.

A person who is close to estranged wife Khloe Kardashian, who spoke on the condition of anonymity also said that he was able to say `hi’ to Kardashian.

His former coach Jim Harrick in Los Angeles, who said Odom sounded upbeat on a call just a few weeks ago, said Kardashian told him that Odom is now off dialysis, and that he showed a response when she reached down to say “Lamar, I love you”.

“Khloe has promised me she’s going to stay by his bedside until she and him can walk out of the hospital together,” Harrick said.

Authorities are still retracing Odom’s $US75,000 ($A102,340), three-day visit to the brothel that started late on Saturday afternoon, with blood-test results to determine what caused his medical episode still pending.

Odom had said that he had done cocaine before his arrival, and the brothel said they saw him drink alcohol and take as many as 10 supplements sold as “herbal Viagra”.

One brand that he took, Reload, was the subject of a 2013 warning from the Food and Drug Administration, which said the pill contained sildenafil, the active ingredient in prescription Viagra.

Kardashian had said her family won’t be posting content on their apps while attending to his health crisis.

“As a family, we’ve decided to hold off on publishing content across our apps while we continue to support and pray for Lamar”, the online message read.